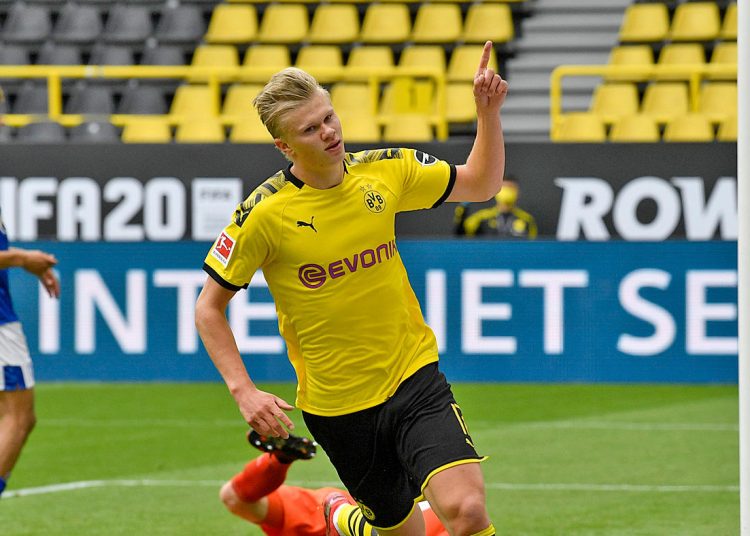 Borussia Dortmund picked up where they left off nine weeks ago by battering their rivals Schalke 4-0 as the Bundesliga returned, but not as we know it.

With substitutes wearing masks and not a single fan inside the ground, Haaland’s opening goal in the 29th minute restored a sense of normality.

The Norway teenager continued his remarkable goalscoring record by netting his tenth Bundesliga goal in just nine games since arriving in January.

Of course, it had to be Haaland to open today’s scoring! 🙌#BundesligaIsBack pic.twitter.com/YggrkvjEvo

His celebration – a nod to social distancing – summed up the occasion quite well.

Dortmund showed no signs of rust, extending their lead on the stroke of half-time through a fine goal from Raphael Guerreiro before Thorgan Hazard made it three shortly after the break.

Guerreiro added another in the 63rd minute as Dortmund closed the gap to leaders Bayern Munich, while fellow high-fliers Leipzig dropped points in their 1-1 draw at home to Freiburg.

The hosts didn’t even require Jadon Sancho’s services, with the England international coming off the bench late on.

German football’s return to action appeared to run – like everything in Germany – fairly efficiently.