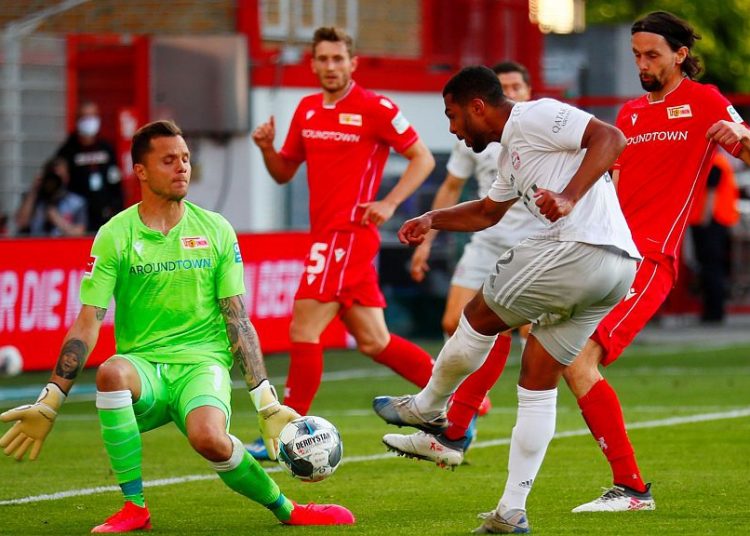 Hansi Flick not only has Bayern high on confidence since he took over, but has the masses already discussing whether his team deliver a better brand of football than his predecessors Guardiola and Heynckes.

The Bavarians braved a tough away trip to Union Berlin and came out with a 2 – 0 victory that maintains the four point gap between themselves and rivals Dortmund.

A return to the Alliance arena against Eintracht Frankfurt, the team with the worse travelling record in the league means Bayern will fancy their chances of extending their unbeaten home streak to seven games (w 5, d 1).

Frankfurt have lost their third match in succession and lacked the desire and ability to create against a Gladbach side that didn’t even need to be at their best.

Bayern’s four clean sheets in their last six games at home in the Bundesliga will give Franfurt headaches as they have only managed 11 away goals all season.

You can back Bayern to be the only team to get the goals at odds of 2.02 on Betway.

Bayern have also led by a goal to nil at half time in four of the last five games played at the Alliance Arena.

Across all competitions Bayern have won five in a row by two goals to nil and thus a correct score of 2 – 0 is finely pegged at odds of 7.02 on betway or you can simply play it safe with a win for the home side at odds of 1.16.

Leipzig are aware that nervy performances like the 1 -1 display against Freiburg at home account for their inability to claim the top spot in the league.

It was a game in which they controlled the tempo and created chances but just could not find the composure to finish after having more than 15 shots on the day.

They know they don’t have the luxury of another slip up when they travel to play Mainz 05.

Having scored 30 and conceded just 13 they boast the second best away record in the league behind Bayern.

Leipzig won the reverse fixture 8 – 0 in November something the home side certainly have not forgotten.

Although struggling to pick up wins Leipzig are unbeaten in their last 8 matches and will be thirsty to steady the ship.

The game also gives Timo Werner a chance to rediscover his scoring boots against a side he scored a hat trick against during the 8 – 0 mauling.

Werner has an impressive goal haul of 10 goals in his last 7 games against Mainz 05 and is backed by odds of 1.74 to continue scoring against them.

The comeback spirit displayed by Mainz in their 2 – 2 draw against Cologne could see them pose problems.

Odds on both teams to score stand at 1.58 while only RB Leipzig to score also come in at 2.69

The away side look sure to pick up all three points despite how tricky a tie this might be and you can back them to do that with odds of 1.46 on betway