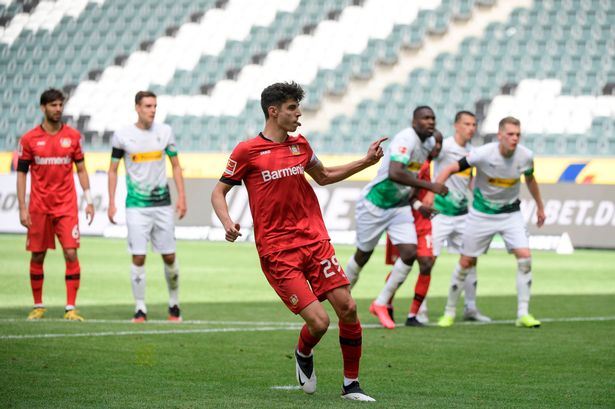 If Premier League clubs were interested in Kai Havertz before the Bundesliga returned, they’ll be totally infatuated now.

The Manchester United and Liverpool target netted his second brace in as many games, helping Bayer Leverkusen to a 3-1 victory at high-flying Borussia Monchengladbach on Saturday.

Havertz, 20, delivered a cheeky finish to slot the visitors in front on seven minutes, and it was his penalty which restored their lead after Marcus Thuram scored a thumping equaliser.

Sven Bender ensured the visitors took all three points in the most entertaining Bundesliga clash on Saturday – which played out in front of more than 8,000 cardboard Monchengladbach fans.

Elsewhere, Borussia Dortmund continued to show no sign of rust following the restart, cruising to a 2-0 victory over ten-man Wolfsburg. 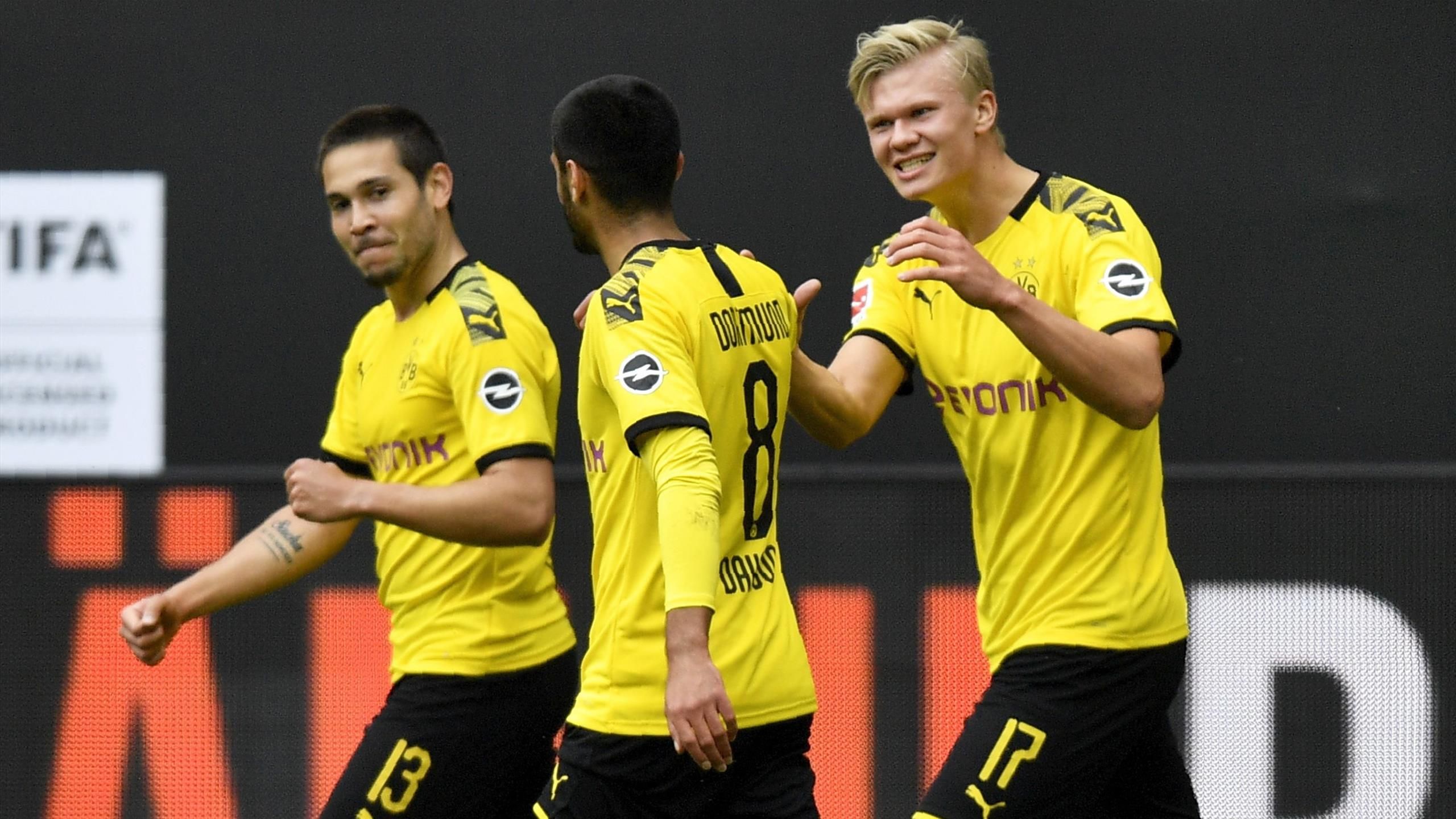 Raphael Guerreiro finished off a fine team move, netting his third goal since the Bundesliga’s resumption last week before Achraf Hakimi made it two.

England star Jadon Sancho came off the bench and made an impression, nutmegging a defender five seconds after coming on and then setting up the second goal.

Wolfsburg’s task was rendered impossible late on when Felix Klaus saw red for a nasty challenge after a VAR review.

The result means Dortmund climbs to within one point of leaders Bayern Munich – who welcome Eintracht Frankfurt to an empty Allianz Arena.

Manchester United sue Football Manager for use of club's name