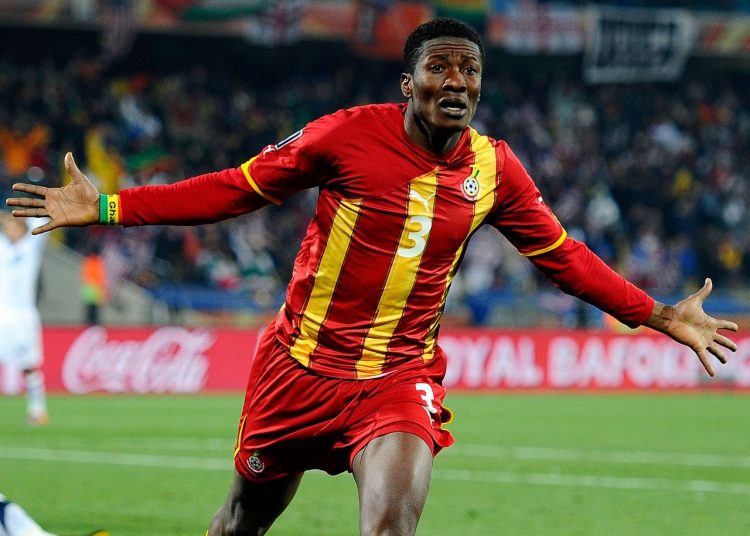 Black Stars striker and Ghana’s leading goal scorer, Asamoah Gyan has revealed what he describes as a befitting farewell for him once he decides to hang his international boots.

The goal poacher has since gone on to become the most capped Black Stars footballer (109) and the countries all-time top goalscorer with 51 goals.

In an interview with Adom TV, who now plays for Indian Super League side NorthEast United, says he doesn’t want to leave the scenes of the Black Stars with pain as most players have.

“If we look at things, people leave the national team with pain. There are a lot of players I can testify. I don’t want to mention names but for me, I am just there,” Gyan said.

The former Al Ain and Sunderland goal poacher went on to describe what his idea of a perfect farewell will be for him once he retires from the senior national team.

“The people at the top have seen what I have done so if they decide to give me a farewell something, definitely my soul will be happy. Although people appreciate me it will depend on how to do it.

I will do my job till the time I am done. I can decide with my team that I will play a testimonial game. GFA can decide that they will do something for me [play a game or something]. It will depend on them.”

The Black Stars striker, Gyan, despite talks of his retiring from the team, has reiterated that he is still an active player and hasn’t decided on when exactly he wants to end his boots for the national team.

“Secondly it will depend on me on how I want to go about it. For now, I am still in the game but as time goes on, ideas will come.”

“I haven’t planned [on how I will exit the Black Stars]. I am still playing. It is natural. I could tell you that I will retire in four years but I can call my brother the next day and tell him that I cannot continue playing.

It depends on how the day goes. Every day, the human body changes so let’s see how it goes but for now, I am okay and playing football,” he added.