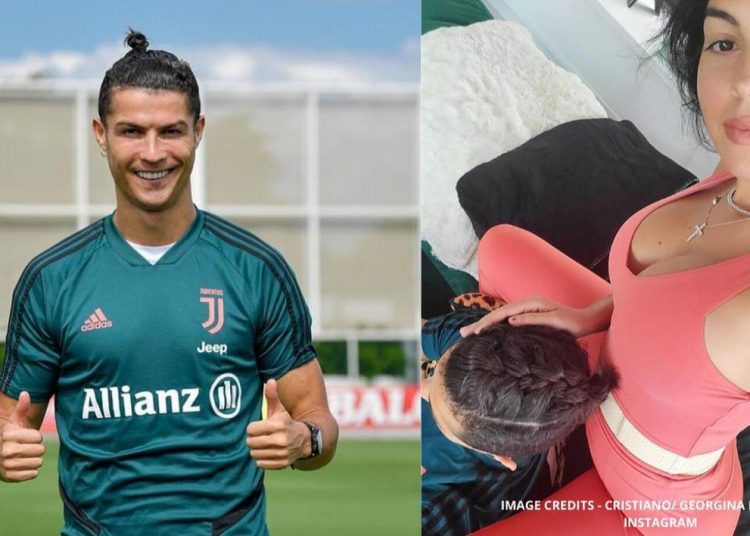 Cristiano Ronaldo returned to Juventus training this week with a fresh trim.

It’s been well documented that everyday folk and footballers alike have struggled to keep their luscious locks in order as hairdressers around the world close because of the COVID-19 pandemic.

It is, of course, both a necessary and ultimately trivial course of action, but that doesn’t mean we can’t enjoy a little bit of comic relief by poking fun at the terrible trims that are cropping up.

However, if there’s one footballer you’d expect to keep himself in the immaculate condition during these challenging times, it’s Ronaldo and it seems as though the Juventus star has an advantage.

That’s because girlfriend Georgina Rodriguez, with whom Ronaldo has been isolating, is something of a dab hand when it comes to hair and beauty.

A video emerged at the beginning of April showing Rodriguez giving Ronaldo one of his first lockdown trims in a scenario that many lads will have experienced across the world recently.

But unlike some of the innocently terrible bowl-cuts that have emerged at the hands of some partners, Ronaldo came out of it looking absolutely fine and with his man-bun intact.

The Portuguese were even seen making his trademark “Siiiii” goal celebration while giving a thumbs-up as Rodriguez reassured him to ‘just relax’.

And clearly that April flurry with the razor has given Ronaldo even more confidence to let Rodriguez style his hair because the 35-year-old was shown to be receiving the same treatment this week.

An image showed Rodriguez trying some new hairstyling techniques on her partner, braiding it into a pattern that we’ve never seen in Ronaldo’s long list of styles.

Rodriguez wrote on her Instagram page: “I love to pamper my loves. This afternoon I practice with braids (this model knows how to stay still)”.

CR7 was seen returning to Juventus training in a black Jeep Grand Cherokee on Tuesday and he did so sporting a haircut that may or may not be a result of Rodriguez’s practising.

Either way, it’s certainly a unique and less tidy version of what we’ve come to expect from the man-bunned Ronaldo during his second season in Turin.

It’s by no means the greatest look we’ve seen on Ronaldo, but it’s streets better than some of the barnets that have been emerging from all this time away from the salons.

Ronaldo will just have to hope that, like Samson, his hair grow a little longer will merely enhance his powers