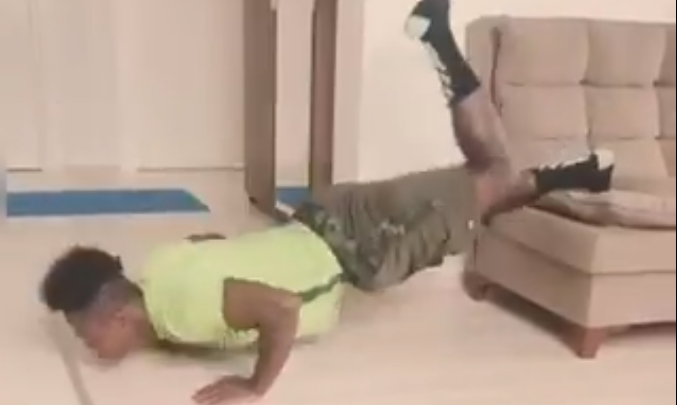 With a number of leagues across Europe readying themselves for a possible restart of the current season, various players have begun intensive training regimes to get them in shape.

The German Bundesliga’s restart had increased the hopes of other leagues that they can also continue their truncated campaigns, and the players don’t want to be left out.

One of such players is Black Stars defender, Samuel Inkoom.

Inkoom posted a video on social media which showed him completing a number of exercises in his home, some of them with some gallons of water.

One of the drills even saw him do a number of planks using an exercise wheel.

The video was accompanied by the caption #keepgoing.

Although he’s yet to feature for them, in this kind of shape, it won’t be too long before we see the U-20 World Cup-winning defender back in action when football resumes across Europe.