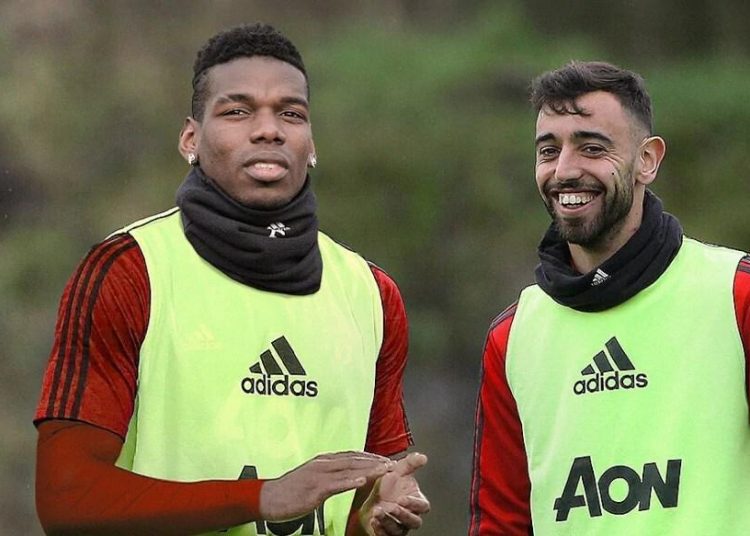 Bruno Fernandes says he can’t wait to play with ‘one of the best players in the world’ in Paul Pogba at Manchester United.

Fernandes made a big impression following his £47million move from Sporting Lisbon in January before the coronavirus shutdown.

But the Portuguese star has yet to link up with Pogba as the Frenchman has been out of action since Boxing Day.

The suspension of the Premier League has allowed Pogba to recover from ankle surgery, and Fernandes is looking forward to linking up with him when the season resumes on June 17.

‘Yes, of course, I think Paul is one of the best players in Manchester and in the world,’ he said in an Instagram Live chat with former Macedonian international striker Mario Djurovski.

‘He was injured for a lot of time. The opportunity to play side to side with him is fantastic because you want to play with the best players you can.’

He told Betfair: ‘United have had a huge boost in Paul Pogba returning to fitness. It is great news for the team.

‘The dangerous thing is that he hasn’t played for so long, so hopefully he has prepared well and he will be ready to play at 100% again. Is he going to start?

‘I’m not too sure, coming back from a long injury may impact him starting, it will be interesting to see if Solskjaer puts him straight into the battle.

‘I’m sure if the manager asks Pogba how he feels and if he is ready, then Paul will say “of course I am ready”.’