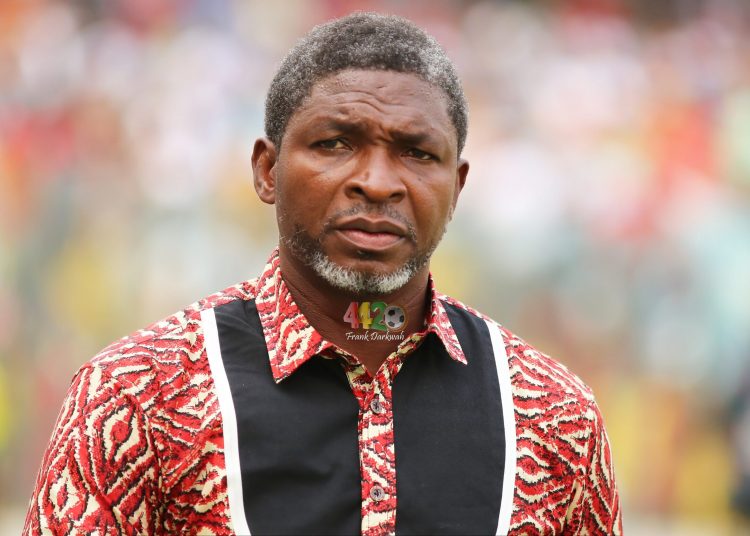 Head coach of Kumasi Asante Kotoko, Maxwell Konadu, has disclosed that preparing for games in Ghana go beyond tactics to include the referees’ performances.

According to the former Black Stars B head coach, tactics can amount to nothing if you do not factor in all the other things that influence results in Ghana.

Konadu won the Ghana Premier League with Kotoko in 2012 during his first stint with the Porcupine Warriors and rejoined in December 2019 for a second spell.

In an interview on Happy FM and GTV Sports+, he said planning for a game in Ghana is different, unlike in Europe.

It is different when planning to play a game in Africa, you need to factor in a lot of things unlike in Europe. When Barcelona is going to play a match anywhere, they have a set system and it doesn’t change to suit anyone.

But in Ghana, when playing away, you know very well you are playing at a place like Tamale, you cannot go and play whatever system you want to play.

You have to factor in the angle of the referees and a lot more in during your preparations to make sure you at least run away with a draw and if you get a slim win, you thank God. That is what makes our work difficult as coaches in Ghana..

When quizzed by William Graham on clarifying what he meant by factoring in referees in his pre-match preparations, Konadu said the match officials ought to improve a lot more although there has been significant growth as the league restarted in December.

I am one person I have never spoken against referees in a post-match press conference. No matter how pushed I am, I don’t comment on referees.

However, I am saying they are performing so well this season and they need to improve upon it too. All this will help us coaches play out our tactics well in a match. If that is really corrected, the game will be better. This is my honest opinion.