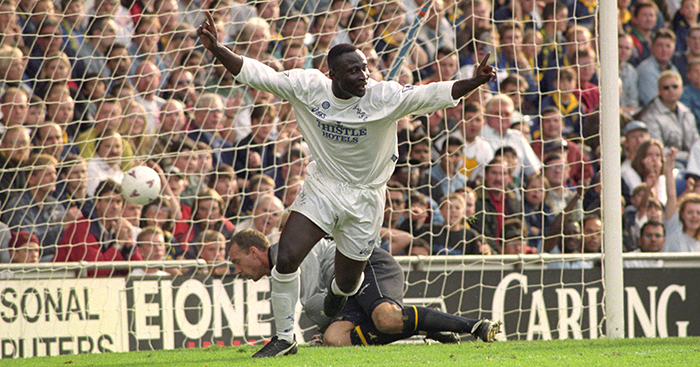 Tony Yeboah celebrates scoring for Leeds United in their 4-2 won over Wimbledon.

Imagine being so good, most of the goals you score are stunners.

Regarded as a cult hero at Leeds United, Yeboah who turned 54 just last Saturday was unplayable during his brutally short time in the English top flight.

He spent only two full seasons with Leeds but still made a significant impact, scoring 24 goals in 47 matches.

Yeboah’s legendary status stretches beyond his club to the league, due mostly to the magnificent goals he always seemed to score. 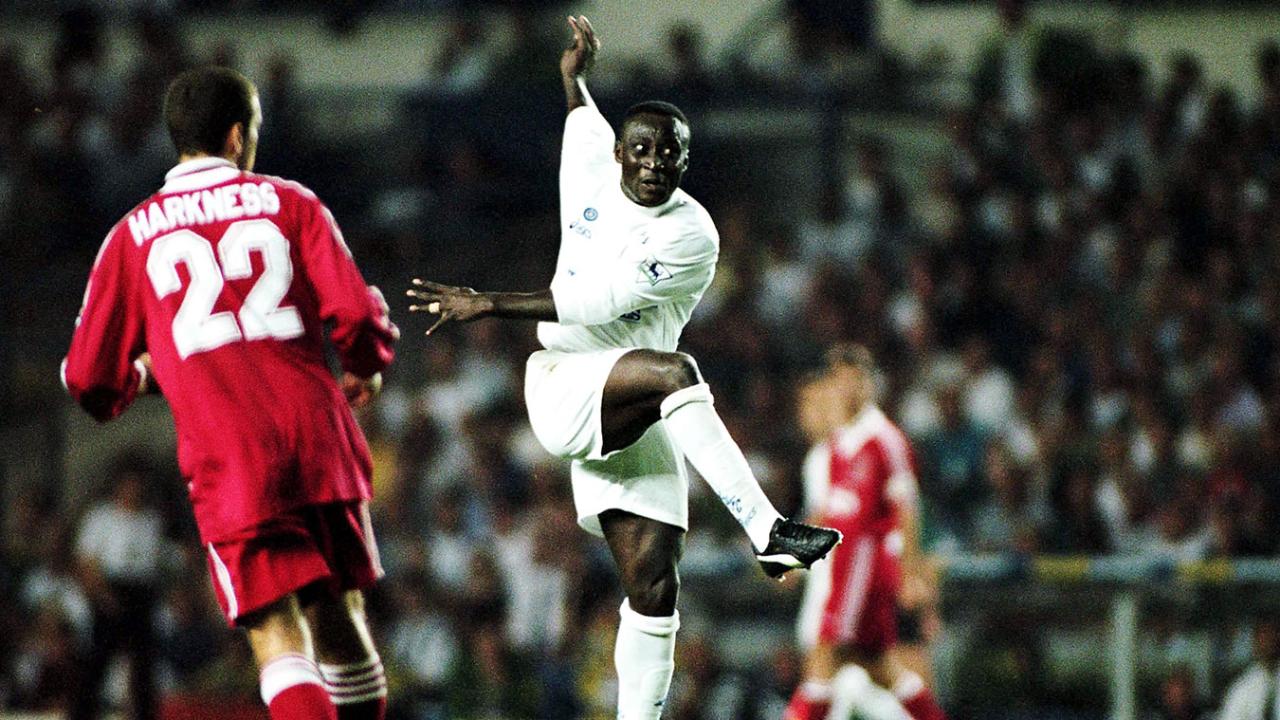 Three, in particular, stand out.

The first on the list is a typical forward’s goal, scored against Sheffield Wednesday in September 1995.

Yeboah picked up a pass, evaded one tackle, danced past two more players before firing his shot past the goalkeeper.

The second, even more famous goal, came that same year against Wimbledon.

Yeboah first controlled the ball on his chest, then his left knee before nudging it past a defender onto his right foot.

The shot that followed was so powerful that it hit the bar twice before nestling in the back of the net.

Tony Yeboah with a strike so sweet, it hit the crossbar twice 😮

22 days to go in the @TAGHeuer countdown… pic.twitter.com/DqFjpdcwaO

The third is perhaps his most famous of all, considering the opposition.

When Leeds faced Liverpool everyone knew to watch out for something great from Yeboah, however, what followed was beyond their wildest expectations.

A long ball forward was headed back by Wallace towards Yeboah and he caught it sweetly on the volley with his effort cannoning off the underside of the bar and into the net.

The funny thing is that all these goals were scored in the same year, and just weeks apart.