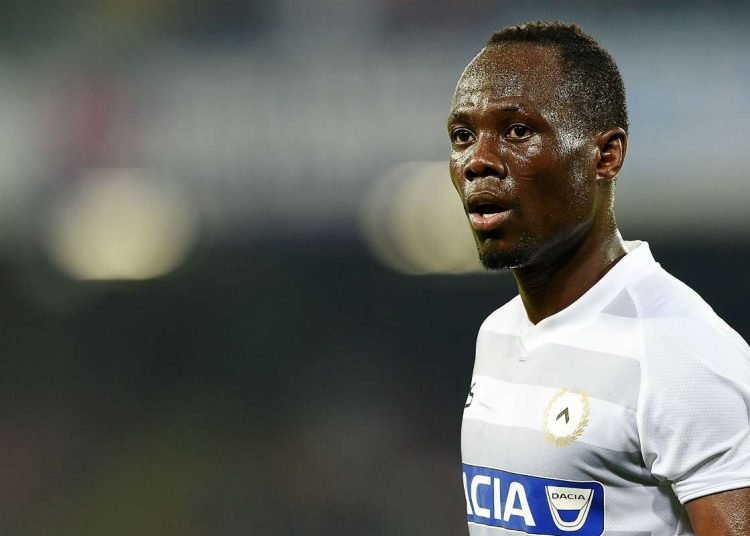 Ghanaian midfielder, Emmanuel Agyemang-Badu has spoken of his horrifying experience in Italy at the height of the country’s COVID-19 outbreak.

Badu, speaking to Citi Sports’ Fentuo Tahiru, said due to the strict lockdown put in place to curb the spread of the disease which, at the time, had killed more people in Italy than anywhere else in Europe, the streets were deserted, with most shops closed as well.

“The country looked like a cemetery, no one was in town. Everything was closed, everyone was at home thinking about themselves,” he said.

“Fortunately for me, I know how to cook a bit so that was a plus during this period, else it would have been a disaster for me.”

Having been forced to remain at home Badu initially resorted to watching TV, which he said he promptly abandoned for three weeks due to the constant reports of deaths from the pandemic.

“We’d just wake up, take our bath and sit to watch TV. At that time, it was very serious to the extent that all we would see were dead bodies and hospitals. For about three weeks I couldn’t watch TV anymore.”

Instead, Agyemang Badu says he found some solace in texting with his friends and keeping in touch with his family via video calls.

“I would be on my phone chatting with friends and video calling my family. That’s what I’ve been doing for the last 40 days.”

Badu who is on loan at Hellas Verona from Udinese made four appearances this season before it was halted by the coronavirus pandemic.

Italy used to be the hardest hit country in Europe by the pandemic forcing the country to put in place strict restrictions.

However, a slowdown in the number of infections has meant that the country has been able to ease a number of restrictions including on football which returns tonight with Juventus taking on AC Milan in the Coppa Italia.