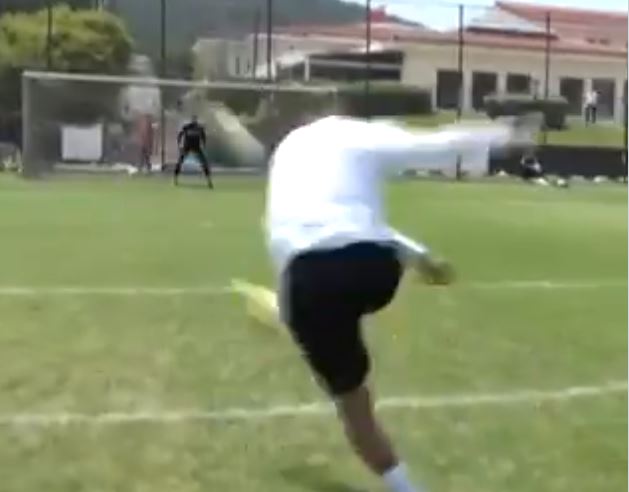 Ghanaian international, Kevin-Prince Boateng is known for pulling off crazy stunts and he took that up another notch when he scored a stunning volley in training before later tweeting that he thinks he is ready for the return of football.

KPB is now with Turkish side Beşiktaş who are preparing for the return of the Süper Lig.

With the league set to resume, K.P Boateng showed he is match-ready.

He picked up a mid-cross, controlled it with his back heel and then curled the ball into the top corner of the goalkeeper; an absolute top-class goal and a possible Puskas Award contender if it was scored during a competitive game.

The Turkish league, like many top-flight championships in the world, was suspended due to the outbreak of the Coronavirus pandemic. They play at home to Antalyaspor on Saturday, June 13 2020.

The former AC Milan star joined Beşiktaş on loan from Fiorentina. He has played six games so far and has scored two.