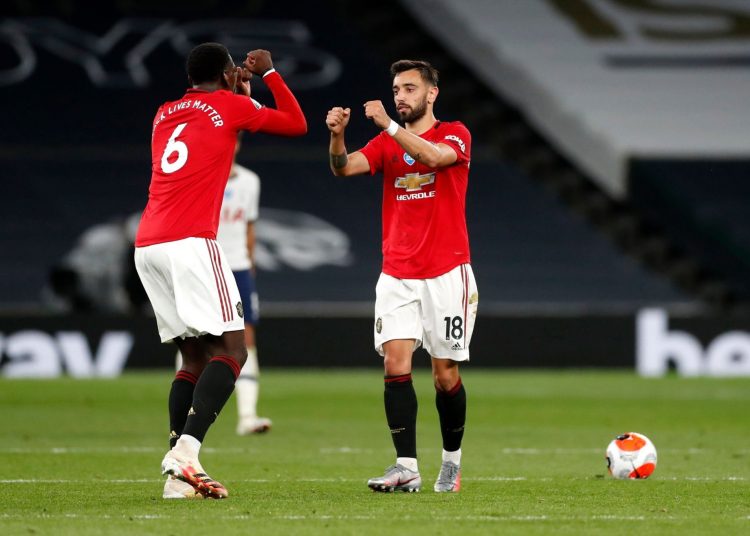 Manchester United’s comeback draw against Tottenham dealt a blow to both teams’ hopes of making it into next season’s Champions League.

However, for both sides, the return of players who had previously been ruled out of the rest of the campaign was a huge plus.

None more successfully, however, than Paul Pogba’s 34-minute second-half masterclass.

Pogba had been out of action in the Premier League since Boxing Day in 2019 with injury but returned to the United side with a flourish, albeit from the bench.

His introduction in the second half, with Man United 1-0 down, served as a catalyst for Ole Gunnar Solskjaer’s side.

His long-awaited partnership with Bruno Fernandes immediately change the course of the game not just in terms of the final result but the side’s style of play as well. 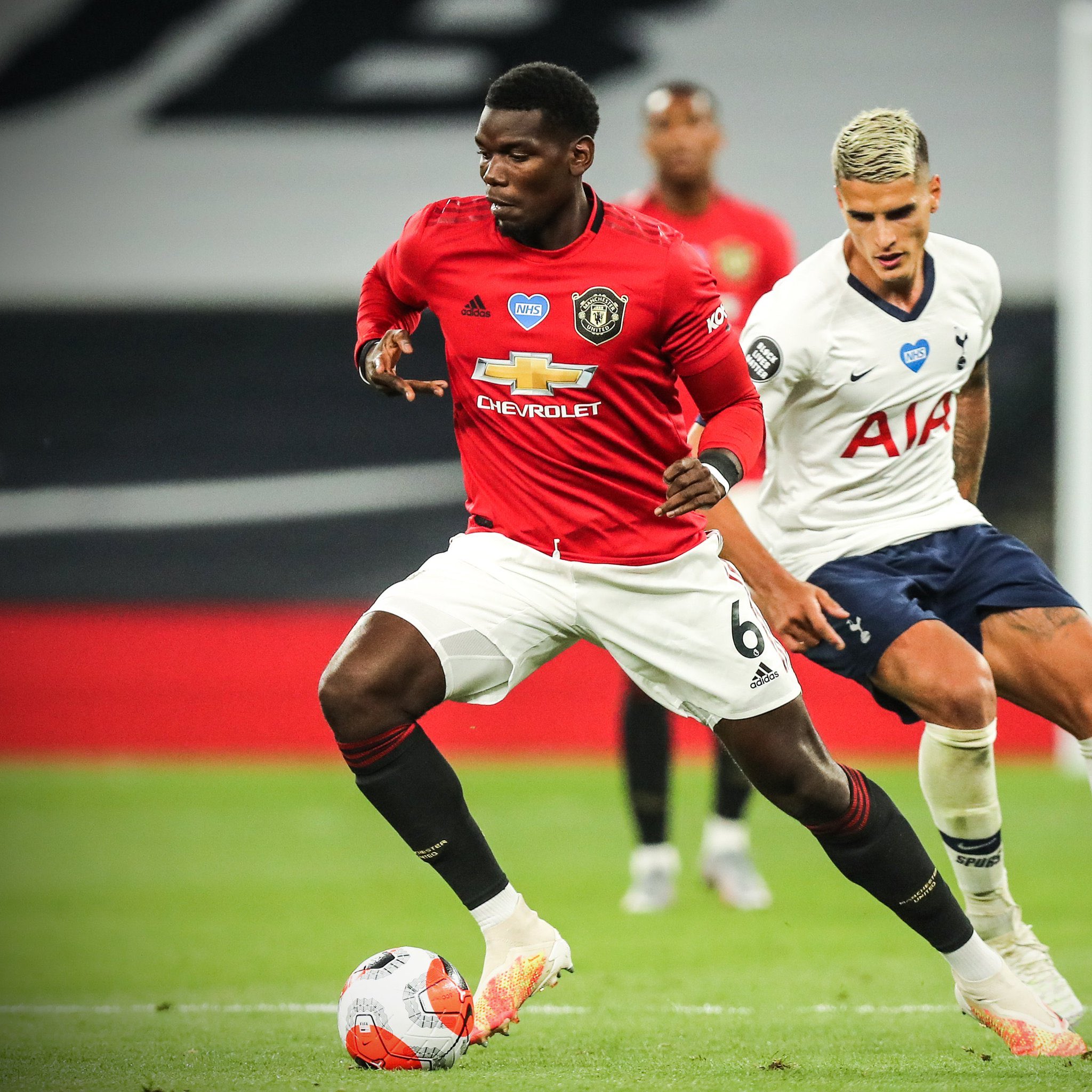 Passes were more incisive and United were more threatening.

It all culminated in him dancing his way past Spurs’ Eric Dier and into the box before he was tugged down by the bamboozled Englishman.

The resulting penalty was tucked away by Fernandes as Man United secured a point.

Another highlight of his night was an almost effortless long-range pass to Marcus Rashford.

The response on social media was overwhelmingly positive, although some people called for more consistency.

In 34 minutes, Paul Pogba had a 100% long pass accuracy, 94% short pass accuracy, recovered the ball 4 times, completed 2/2 take-ons, won a penalty and hit one of the passes of the season. He’s back. pic.twitter.com/OdHNlgf7V3

That long pass was a reminiscent to one he hit against Chelsea in opening day. No man in that locker room, besides him, could make that kind of passes 😂

Good to have you back, @paulpogba .
You were greatly missed!

Pogba is classic take it or leave it ❤️❤️

His introduction brought a fundamental change in the attack of Utd. It will be interesting to see how he gets along with Bruno at the centre of the park

I don’t think there’s anyone that doubts his abilities. It is his consistency that comes into question.

Pogba is doing well now because he has seen competition. The arrival of Bruno is challenging for him

Take a look at Pogba’s performance below