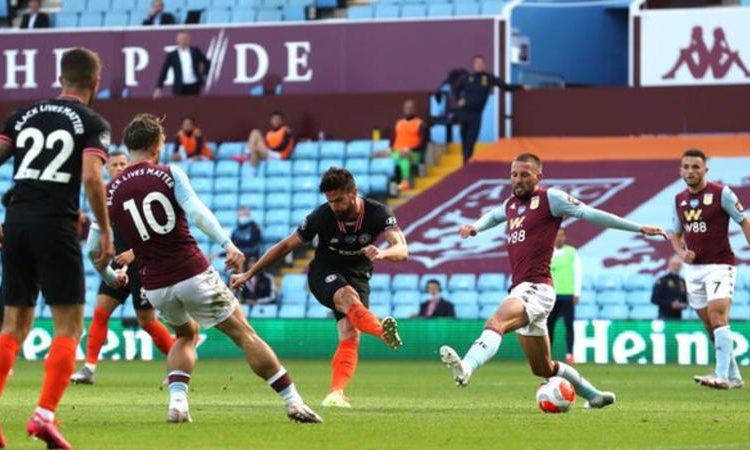 Chelsea returned to Premier League action by coming from behind to beat relegation-threatened Aston Villa and strengthen their bid for a top-four finish.

The Blues dominated the first half but fell behind when Kepa failed to hold Anwar El Ghazi’s shot and Kortney Hause was on hand to bundle in.

Chelsea fought back after the break and turned the game on its head with two goals in as many minutes.

First, substitute Christian Pulisic smashed Cesar Azpilicueta’s cross into the roof of the net at the far post before Olivier Giroud drove in from 15 yards with the help of a slight deflection.

The win means fourth-placed Chelsea restored their five-point advantage over Manchester United and Wolves, who are fifth and sixth respectively.

Aston Villa, meanwhile, remain in the relegation zone, one point from safety after taking one point from their first two games back following the resumption of the Premier League.