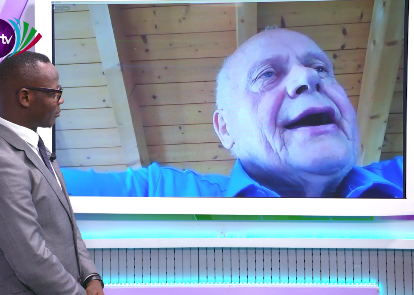 Former Black Stars Head Coach Otto Pfister has responded to his links with the fashion trend bearing his name in Ghana.

Pfister led the Black Starlets to their first U-17 World Cup triumph, before leading the Black Stars to the AFCON 92 final, where they lost on penalties to Côte d’Ivoire.

The German’s name has became synonymous with the act of sagging trousers in the country, due to his unique way of wearing his trousers during his time in Ghana.

Speaking in an exclusive interview with Citi Sports, Pfister opened about the trend, saying he is well aware of its existence, although it was never his intention of leaving such a legacy behind.

”You have coaches who wear clothes from Armani and Gucci and Hugo Boss. For me I as never interested in my outfit, it was always secondary to me,” he said.

”My focus was always on the football. If it has become a trend in Ghana, then for me it’s a joke.

“I never paid attention to my dressing. If it was a trend, then I’m fine, because any news is good news,” he joked.

“I know what the trend looks like, but it’s not anything serious.

Pfister also coached Cameroon, and was responsible for knocking the Black Stars out of the 2008 AFCON.