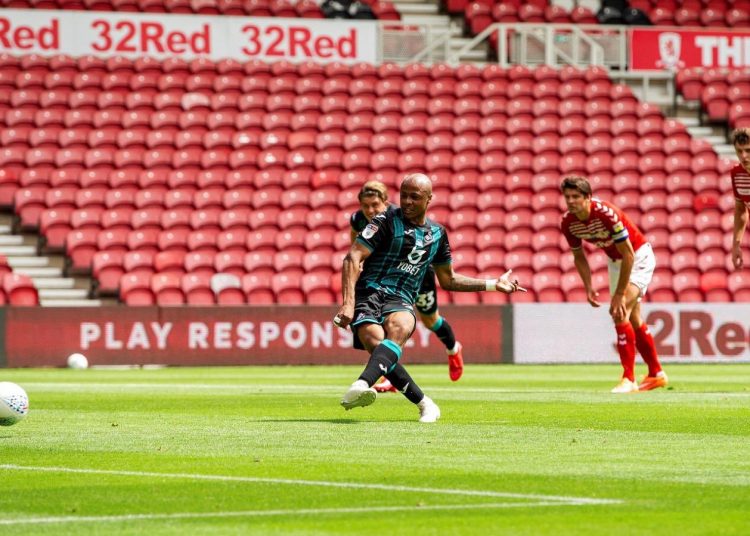 Ghana forward, Andre Ayew registered a goal and an assist for Swansea City as they  dismissed Middlesbrough 3-0 at the Riverside Stadium on Saturday.

The English Championship returned after three months of absence due to the global COVID-19 pandemic.

Three minutes into the first goal, Rhian Brewster doubled the lead when he was put through by Aldo Kalulu.

Ayew scored the third goal from the penalty spot on the 34th minute to seal a 3-0 win.

The goal is the Ghana captain’s 13th of the season in the Championship for Swansea.

The win propels Swansea to 7th with 56 points after 38 matches.

Black Stars captain, Andre Ayew with an assist and a goal this weekend.

13 league goals for Swansea this season.