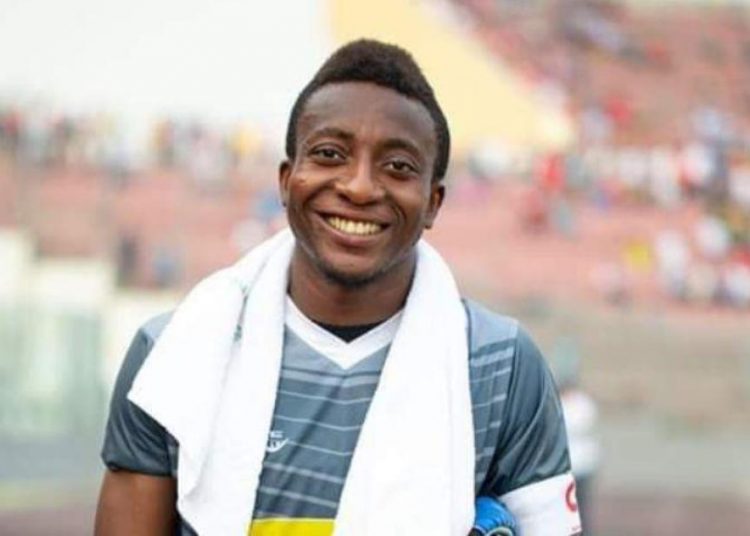 Felix Annan was Kotoko’s first-choice goalkeeper until he sought excuse from the club to wed his wife after match day four in the truncated 2019/2020 Ghana Premier League season.

His place has since been taken by then second-choice and Black Meteors goalkeeper, Kwame Baah.

Upon his return, Annan, has been restricted to warming the bench, leading to questions over his relationship with head coach Maxwell Konadu.

But Sampson Appiah in an interview with Kweku Osei TV on YouTube said, “Felix used to be our first-choice goalie before his wedding ceremony but Kwame Baah grabbed the opportunity and did very well without conceding most in matches so how can you drop him?”, he quizzed.

“The supporters would have killed us if Annan under performed upon his return. There’s no personal hatred for him but following the rules of the game, hard work will be the secret of him regaining his position devoid of any envies,” Appiah concluded.

Kotoko captain, Felix Annan due to his inactivity for his club was dropped from the Black Stars squad that would have played the postponed 2021 AFCON qualifiers against Sudan.