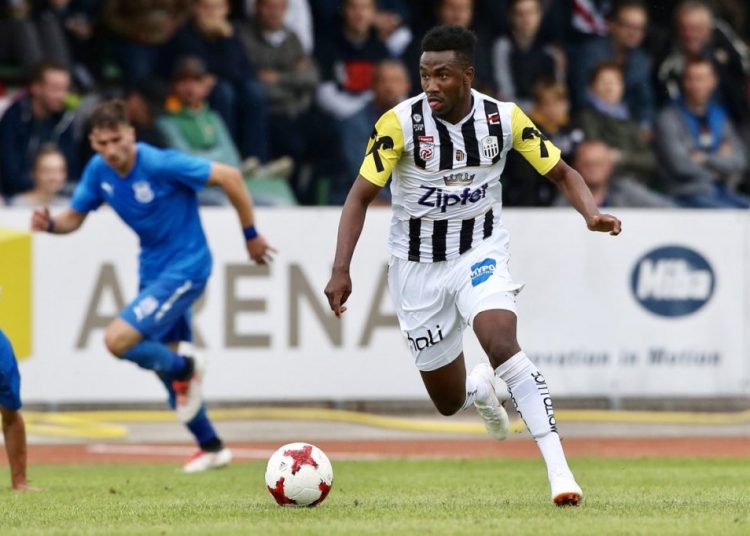 Ghana international forward, Samuel Tetteh’s time with Austrian side LASK has come to an end, after the expiration of his loan deal.

The 23-year old has spent the last two and a half seasons on loan at LASK, and will return to his parent Red Bull Salzburg.

Tetteh took to his Twitter to thank the LASK fans for their support during his time with the club.

A Big Thank you to the fans, my teammates, coaches and everyone in the @LASK_Official family for these great years with you guys, it’s been a great year with some moments and i say goodbye 👋🏼 today, I WISH YOU ALL THE BEST IN THE FUTURE #forzalask #gemeinsamsindwirlask ⚪️⚫️🔴 pic.twitter.com/I2i9G5i7FK

Tetteh made 29 appearances for LASK this season, scoring seven goals and providing 5 assists in the process.