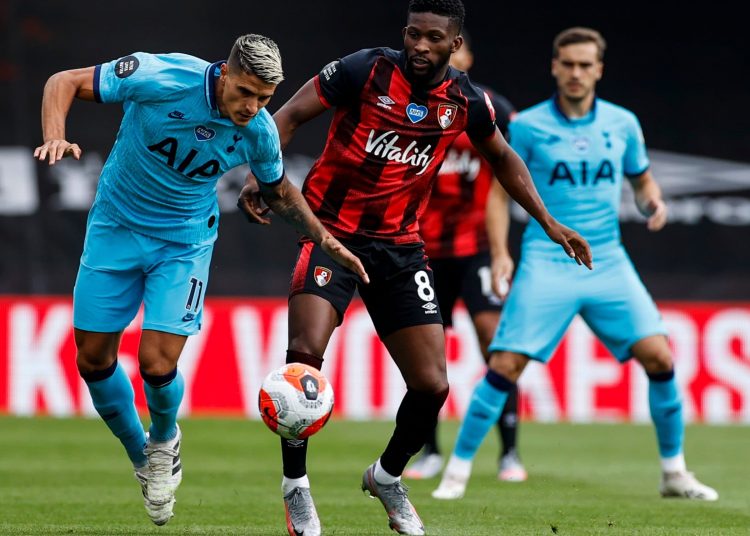 Bournemouth thought they had snatched a significant win in their bid to avoid relegation but were denied after Callum Wilson’s overhead kick was ruled out by the video assistant referee.

The Cherries can take positives from ending a five-game losing run to earn a draw against Spurs but remain in the drop zone, three points from a position of safety.

A point also does little to further Spurs’ European ambitions, though the visitors felt they should have had a penalty for a push on forward Harry Kane.

Kane did not have a touch in the opposition box until the 78th minute as a lackluster Spurs side failed to register a shot on target.

Bournemouth winger Junior Stanislas forced Hugo Lloris into a save from distance and King put the ball in the net from close range, but Stanislas was offside earlier in the move.

There was also concern for Cherries defender Adam Smith, who was carried off on a stretcher following lengthy treatment after suffering a head injury in a heavy collision with Ben Davies.