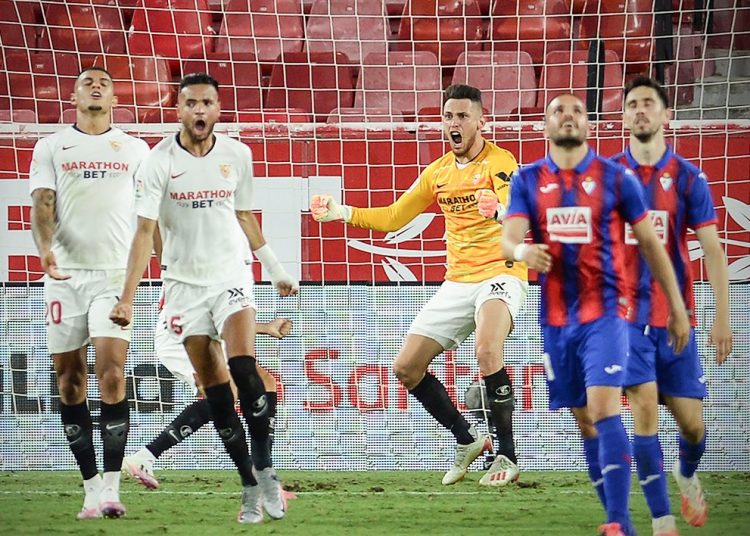 Sevilla winger Lucas Ocampos showed he is a man of many talents, proving himself to be the ultimate match-winner against Eibar.

The winger scored early in the second half, with his goal proving to be the only one of the game, giving Sevilla all three points.

However, it almost proved not to be enough. 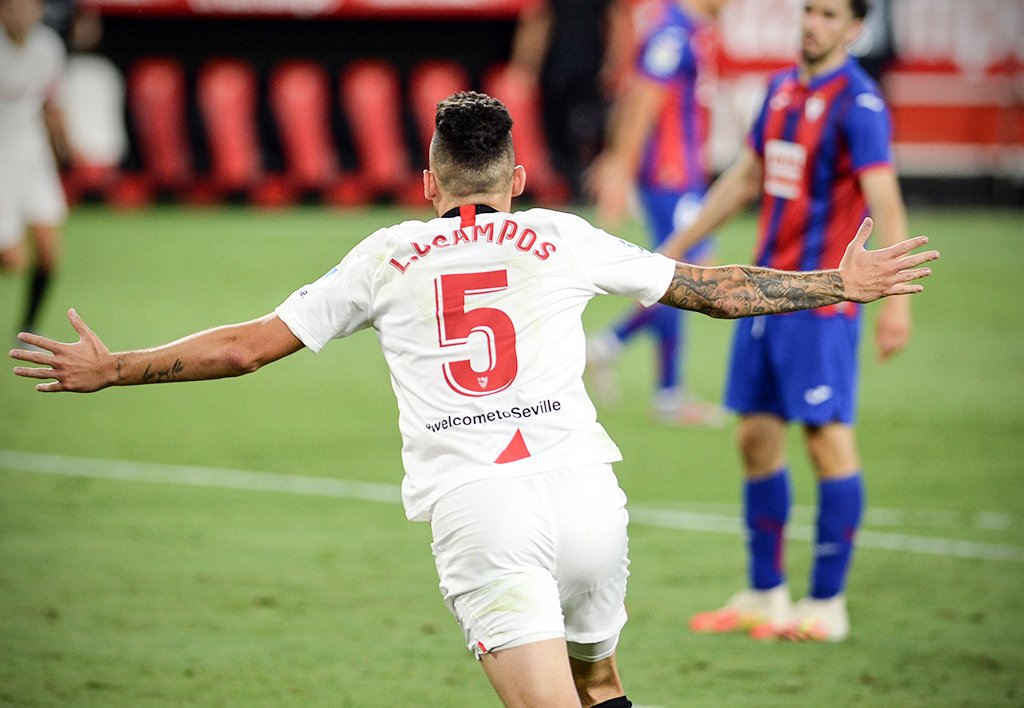 With goalkeeper Tomas Vaclik picking up an injury after Sevilla had made all their five substitutions, Ocampos pulled on a keeper’s jersey and stepped in goal.

It proved to be a masterstroke as Ocampos made a great save from a shot by Eibar keeper  Marko Dmitrovic in the 100th minute to hand his club all three points.

“It was a strange moment for sure,” Ocampos said after the match. 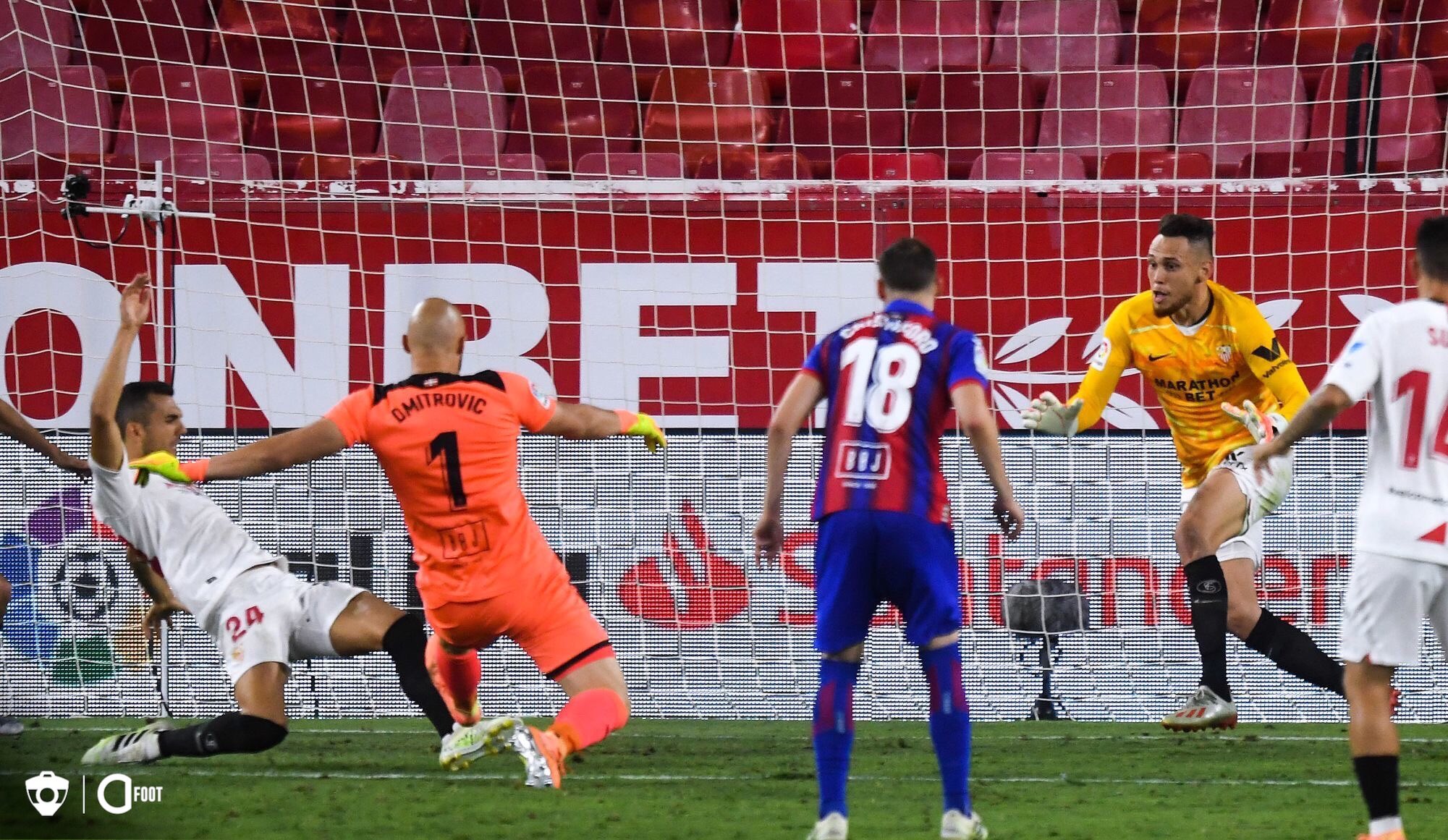 “Sometimes I play around as a goalkeeper in practice, but I never imagined that I would have to do it in the final minute of a game. The goalkeeper trainer just told me not to leave the net to avoid making a mistake, and the ball ended up coming my way and I was able to make the save.”

“We knew how important it was for us to win this match today.”

Here’s a brief video of the save

Min 90+10 Sevilla out of subs, keeper injured, Ocampos in goal, can’t make this up pic.twitter.com/o0QgMeaDB0

So Lucas Ocampos played as a GK before 👀😏 @Locampos15 pic.twitter.com/H4fMA0i2VX