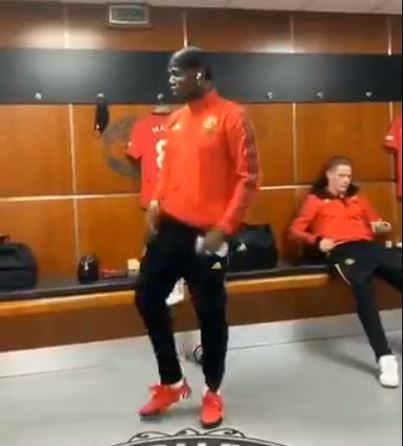 Manchester United duo, Paul Pogba and Eric Bailly have been filmed showcasing their dance moves in the dressing room.

The duo was taped moving to an African dance called ‘Zanku’ while jamming to a song by Rema titled “Woman”.

Manchester United have been on an impressive 16 games without a defeat as they seek to make into the top four of the English Premier League (EPL) this season.

The team travel to Birmingham to face Dean Smith’s Aston Villa on Thursday, July 9, 2020, as they hope to make it to the UEFA Champions League next season.

Manchester United are currently 5th on the league log and a win will push them closer to the top four.

Pogba and Bailly with the Zanku dance moves 😂🔥#MUFC pic.twitter.com/KXsoYeip0S