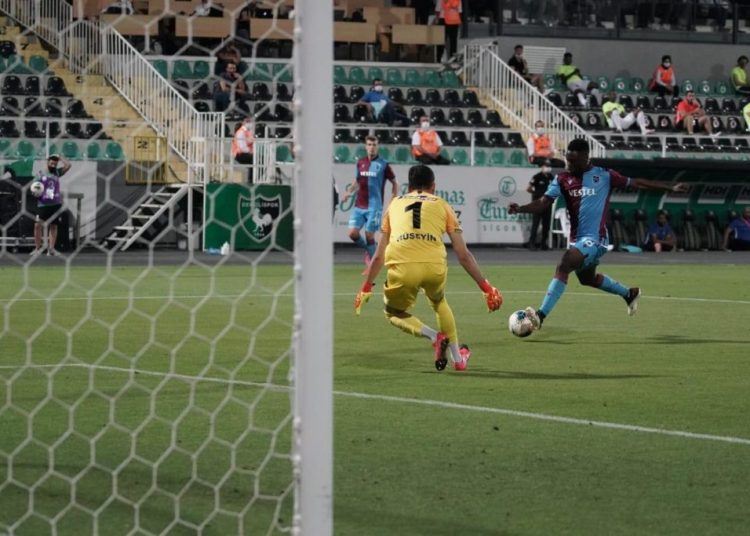 Black Stars forward, Caleb Ekuban scored a lovely lob as his side lost 2-1 against Denizlispor in the Turkish Super Lig on Monday, 13th July 2020.

The 26-year-old scored the first goal of the game to hand Trabzonspor the lead against Denizlispor.

Ekuban picked a through-pass from Abdul Kadir Omur, drifted to his right before lobbing the ball over the opposition goalkeeper.

The goal is Caleb Ekuban’s fifth of the 2019/2020 season in the league. He is also the highest-scoring Ghanaian in the league, ahead of Bernard Mensah who plays for Kayserispor (5), Kevin-Prince Boateng, Beşiktaş (3) and Afriyie Acquah, Yeni Malatyaspor (1).

The lead only lasted until the second half and succumbed to a defeat which takes them away from the clinching of the Turkish Super Lig.

Ghana’s Caleb Ekuban lasted the entire duration of the game but received a yellow card in added time following a confrontation with the centre referee, Yasar Kemal Ugurlu.