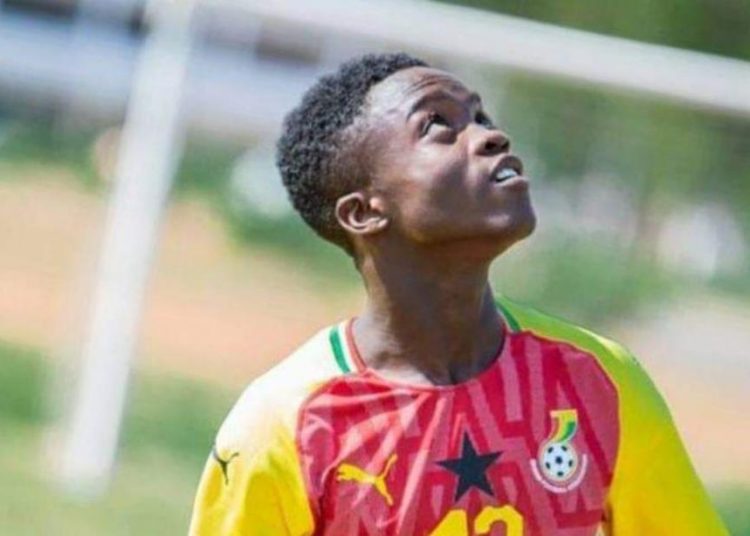 Ghana Premier League revelation, Mathew Anim Cudjoe has revealed he is patiently waiting for an opportunity to make a difference with Ghana’s senior national team, the Black Stars.

Anim Cudjoe was the talk of the day when he features in any matchday in the GPL. The 16-year-old played for Asante Kotoko on a season-long loan from second-tier side, Young Apostles.

In an interview with the Ghana News Agency, Cudjoe couldn’t hold his desire of wanting to play for the national team and said he wants the national team coach, C.K Akonnor to present him an opportunity to show the world the football mastery he has at his feet.

“I want to make a difference with the Black Stars and I am patiently waiting for the opportunity to showcase my talent.

“I know it would happen soon. I’m waiting for the day the national team coach would present to me an opportunity to excel,” he told the GNA Sports in an interview.

Playing for arguably the most successful club in Ghana at 16 in front of a forty thousand crowd could send chills down the spine of any teenager of his age but Cudjoe is rather motivated by the cheers of the crowd.

It is true Kotoko and Hearts are the biggest clubs in the country and playing for them comes with a lot of pressure but I was never intimidated by the huge followers.

“I am rather motivated when I see a huge crowd. I want to entertain them and make them happy with my style of play,” Anim Cudjoe said.