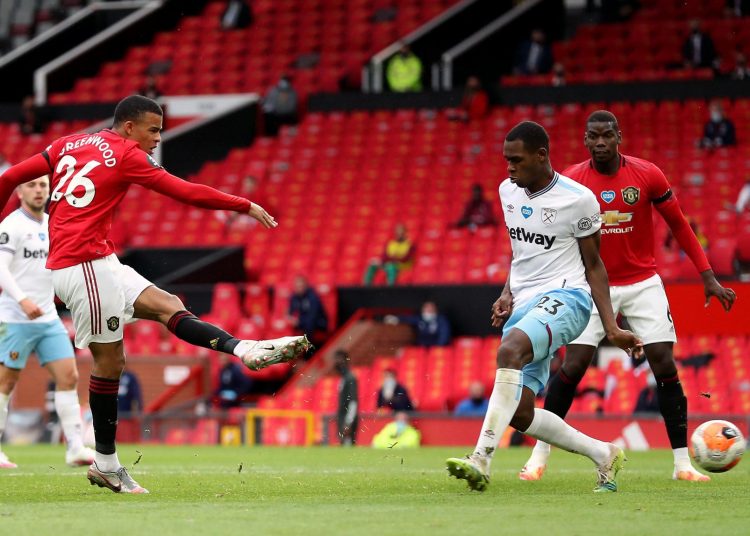 Manchester United need a point from their final game to clinch a Champions League place after coming from behind to draw against West Ham.

Ole Gunnar Solskjaer’s side moved into the top four, ahead of Leicester, who they face at the King Power Stadium on Sunday.

But victory for Brendan Rodgers’ side will deny the Red Devils a spot in Europe’s elite club competition next season.

Meanwhile, the point for David Moyes’ side guarantees Premier League football next season as they now lie four points clear of the relegation zone.

West Ham went ahead on the stroke of half-time through Michail Antonio’s coolly taken penalty after Paul Pogba handled inside the area.

United leveled early in the second half through Mason Greenwood who exchanged passes with Anthony Martial before drilling home a low finish for his 17th goal of the season.

United goalkeeper David de Gea’s position has been under scrutiny after two errors in the FA Cup semi-final loss to Chelsea, but the Spaniard made an excellent reflex save to deny Jarrod Bowen.

Declan Rice struck a powerful drive narrowly over but neither side were able to find a winner.