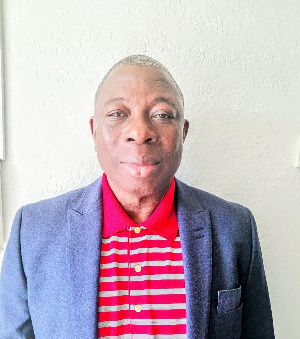 Director of Operations for the Professional Golfers Association of Ghana (PGA) has urged the Youth Employment Agency (YEA) to consider professional golfers in its stimulus package for athletes.

Ahmed Padori in an interview with Power FM Sports noted that “PGA members are not rich”, stressing that they have to play or train golfers to earn a living.

The Youth Employment Agency (YEA) has signed a Memorandum of Understanding (MoU) with the National Sports Authority (NSA) to provide monthly stimulus packages for athletes for the next six months, following the outbreak of COVID-19 which has led to the halt of all sporting activities in the country.

Per the agreement, GH¢500 monthly allowance would be offered by YEA to support 1,000 able and disabled athletes in the country.

But PGA has tabled its proposal to the YEA through National Sports Authority to extend the package to cover about 75 of its members who are mostly youth and unemployed and have also been hit by the impact of COVID-19.

“People are of the view that golfers are rich but that isn’t the case of Professional Golfers. The amateur golfers may be well to do but PGA members have to play tournaments, not just playing but have to win, or sometimes train amateur golfers to earn income,” Padori told Power Sports Editor Nana Prempeh (British Man).

He added, “We are yet to meet the Director General of NSA to explain issues to him to recognize our members.”

Padori believes any help from the YEA will be judiciously utilized to support the professional golfers.

“Although we have 75 members who need help at this moment, we would appreciate whatever help we receive from the government to support these unemployed youth,” Padori said in Akan.

The PGA leadership is expected to meet the NSA Chief to put across their case why the PGA should be supported.