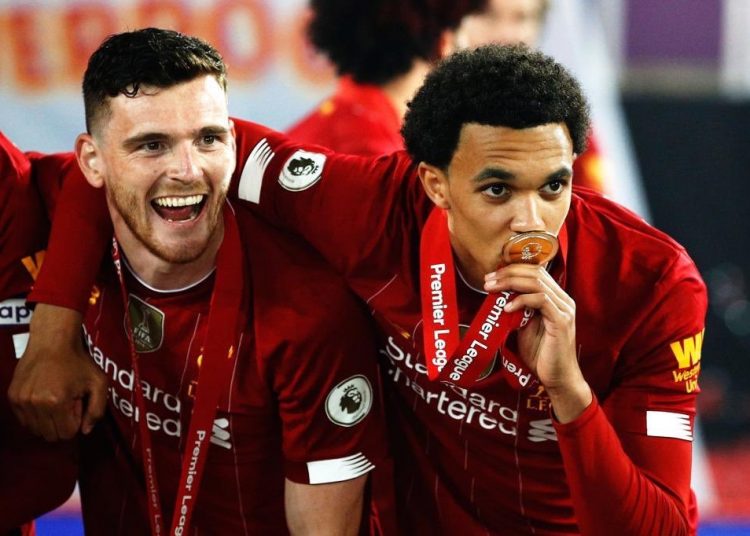 Trent Alexander-Arnold broke the record he set last season for the most assists by a defender in a Premier League season.

The 21-year-old’s pinpoint cross to find Roberto Firmino was his 13th assist of the campaign, while the Brazilian No9 was no doubt grateful for the service he received as he scored his first league goal at Anfield since March 2019.

Alexander-Arnold’s record-breaking assist came after he netted for the fourth time the season to make this his best goalscoring season for the Reds.

His curling strike from 25 yards left goalkeeper Kepa Arrizabalaga rooted to the spot and he is now just one behind Jamie Redknapp’s record of four direct free-kicks scored at the age of 21 or under.

On a night of celebration at Anfield, it was appropriate that Alexander-Arnold’s partner in crime, Andy Robertson, was also among the assists.

Robertson’s assist for Oxlade-Chamberlain’s late strike was his 26th Premier League assist for the Reds, the second most in the club’s history after Alexander-Arnold, on 27.