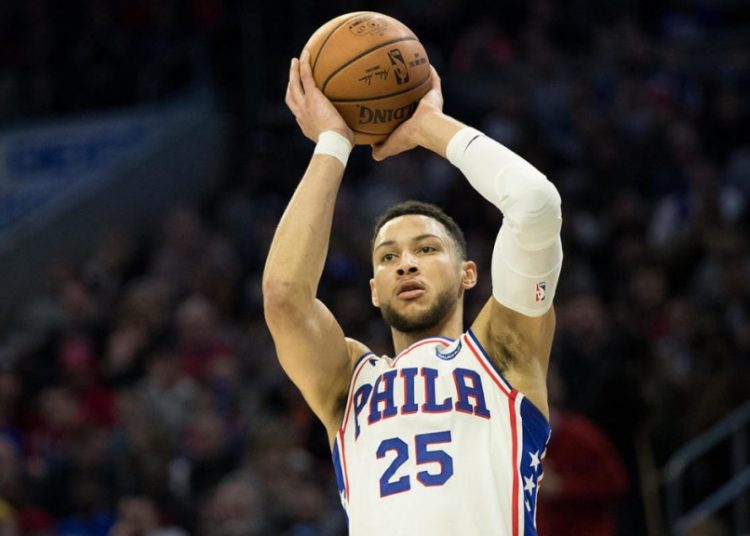 Philadelphia 76ers All-Star Ben Simmons has been working with a sports psychologist to address his lack of 3-point shooting according to Jackie MacMullan of ESPN.

The Sixers’ do-it-all swingman believes people are putting too much emphasis on his 3-point shooting skills and not focusing enough on all the other things he’s really good at.

Despite being a poor shooter, Simmons is an elite passer and defender who can run with the ball in his hands really fast. The Australian star can grab the rebound on one end, weave in and out of traffic on the fast break, and either score at the rim with either hand or dish it out to his teammates on the perimeter.

Not many forwards outside of LeBron James and Giannis Antetokounmpo can do that at a high level, so Sixers supporters should be thankful that Simmons is on their favorite basketball team.

“I know it’s going to come,” Ben Simmons said. “It’s a matter of me being comfortable doing it. Some of that is getting the reps in. I can take a hook shot from the elbow, because I’ve done it so many times, I’m confident it will go in. It’s second nature.

“Some people put so much emphasis on it. It’s a little too much. It made me back check and say, ‘Let me focus on what I’m good at.’ There are things I do on the court where nobody can stop me, when I’m putting up steals, assists, scoring in the paint.

Before the 2019-20 season was suspended in March, Simmons was averaging 16.7 points, 7.8 rebounds and 8.2 assists per contest for the Sixers.

The lefty attempted just six shots from beyond the arc and made two. He’s 2-of-23 from 3-point land so far with the Sixers since entering the NBA as the No. 1 overall draft pick back in 2016.

Moving forward, Simmons doesn’t necessarily have to become a sound 3-point shooter. Most Sixers fans just want the Aussie to develop a solid mid-range game so big man Joel Embiid has some space to operate in the post.