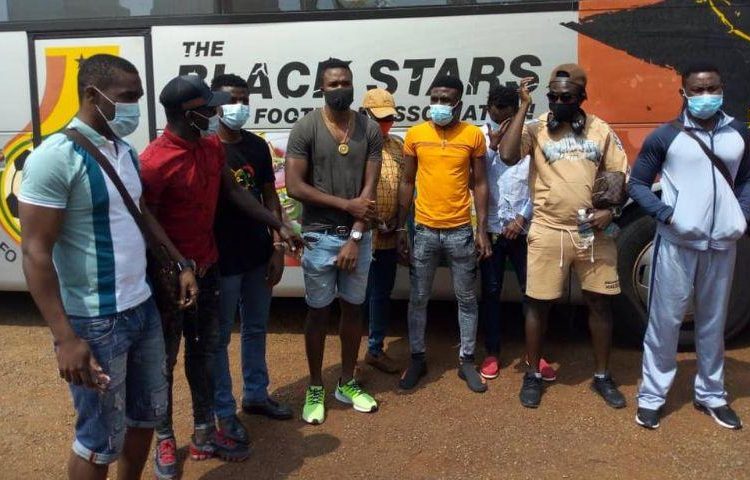 Over 15 players who recently returned from Ethiopia and were quarantined at the Ghanaman Soccer School of Excellence Isolation Centre at Prampram have been released by the Ghana Health Service.

The players were airlifted from Addis Ababa two weeks ago after a video surfaced on social media of a group of Ghanaian players led by former Medeama goalkeeper Muntari Tagoe and former Black Stars defender Lee Addy who passionately appealed to government to come to their aide in helping to transport them to Ghana.

Leader of the team and Former Black Stars player, Lee Addy expressed their profound gratitude to the government of Ghana for facilitating their return.

“On behalf of the players, I would like to thank the Government of Ghana, the GFA, the Sports Writers Association of Ghana (SWAG) and everybody who contributed for us to be brought back home,” Addy told the GFA Communications team.

“We say a big thank you to the GFA, especially Mr. Alex Asante, the Deputy General Secretary; they have done very, very well.

“I will like to use this opportunity to thank the media, the people who spread the message for the government to come to our aid.

“We thank the Ghanaian public and the Doctors who took care of us upon our return. May God bless us all,” he added.