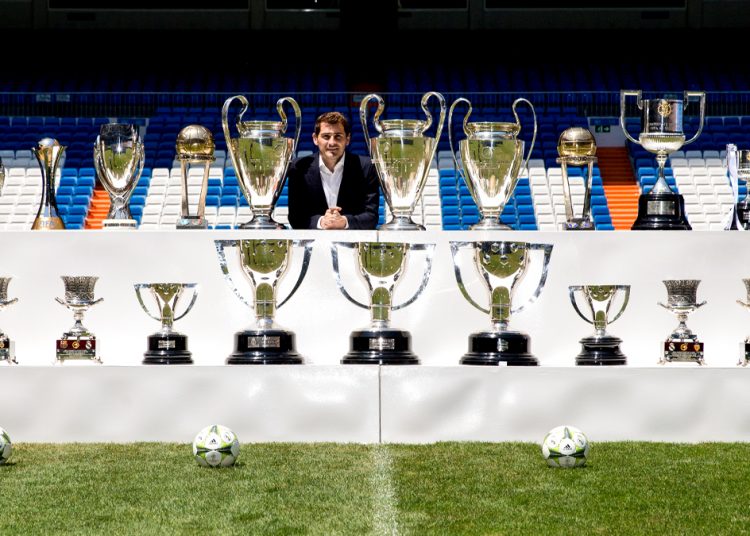 Former Real Madrid and Spain goalkeeper Iker Casillas has announced his retirement from football at the age of 39.

Casillas has hung up his gloves after a stellar career that saw him win the Champions League on three occasions with Los Blancos, as well as the FIFA World Cup and two European Championships with Spain.

He suffered a heart attack during a training session with Porto in May last year but returned a couple of months later.

However, Casillas didn’t return between the sticks during the course of the season and has now decided to end his career entirely.

The Real Madrid and Spanish legend took to social media to officially announce his retirement from the game with a post that read: “The important thing is the path you travel and the people who accompany you, not the destination to which it takes you because that with work and effort, comes alone and I think I can say, without hesitation, that it has been the path and the dream destination”.

He left Spain and joined FC Porto in 2015 where he won two league trophies, one Portuguese Cup and the Super Cup in Portugal, playing 116 games in the process.

Gareth Bale opens up on relationship with Real Madrid fans

Sancho be warned! – The curse of Man United’s number 7 shirt

Sancho be warned! - The curse of Man United’s number 7 shirt