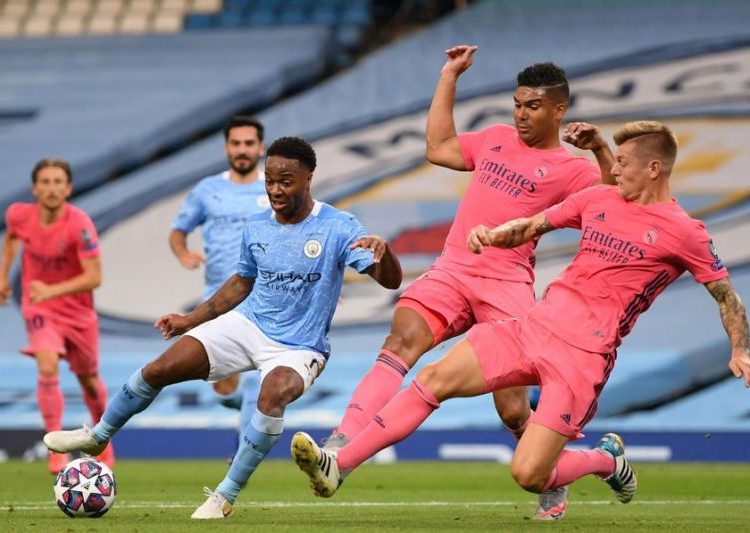 Manchester City capitalised on two Raphael Varane errors as they made it through to the Champions League quarter-finals with a 2-1 win over Real Madrid at the Etihad (4-2 on aggregate).

The hosts added to their first leg advantage early on as a lackadaisical Varane was caught in possession on his own byline by Gabriel Jesus, who squared for Raheem Sterling to tap home for his 100th Manchester City goal (9).

It didn’t change much for Real, still needing two away goals to qualify, and they got a first through Karim Benzema’s header from a Rodrygo cross (28).

But it was chaos in the second period as Real continued to mess around with the ball deep in their half, and City eventually killed the tie off as Jesus nipped in to capitalise on a weak Varane header to brilliantly poke home from an angle (68).

Pep Guardiola’s City, chasing that elusive first Champions League crown, will now travel to Lisbon for the single-leg quarter-final against Lyon, on August 15.