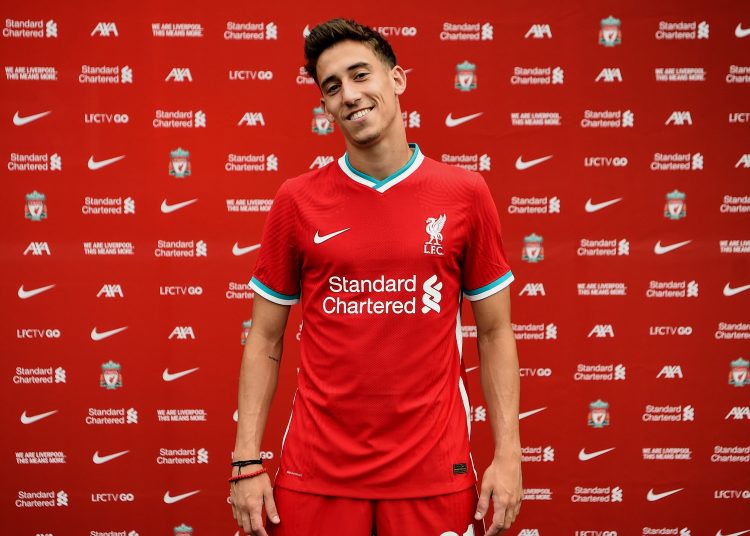 Liverpool have completed the signing of Kostas Tsimikas from Olympiakos for a fee of £11.75m.

The 24-year-old left-back has signed a five-year contract with the Premier League champions.

The Reds made the move for Tsimikas after they failed to agree a deal with Norwich for Jamal Lewis.

Liverpool announced the signing on their official twitter handle on Monday evening.

Kostas is a Red! 🔴 pic.twitter.com/FTTxtGSlpr

“I’m very happy, I’m very proud to be here. For me, it’s the biggest club in the world. It’s an honor to be here and I will give my best,” Tsimikas told the club’s website.

“The league here, I like a lot. I watch it on the TV and it was always one dream I had from when I was a kid to come to play in this league and to come through.

The Greece international was one of Olympiakos’ key players  last season as they clinched their 45th Super League title.