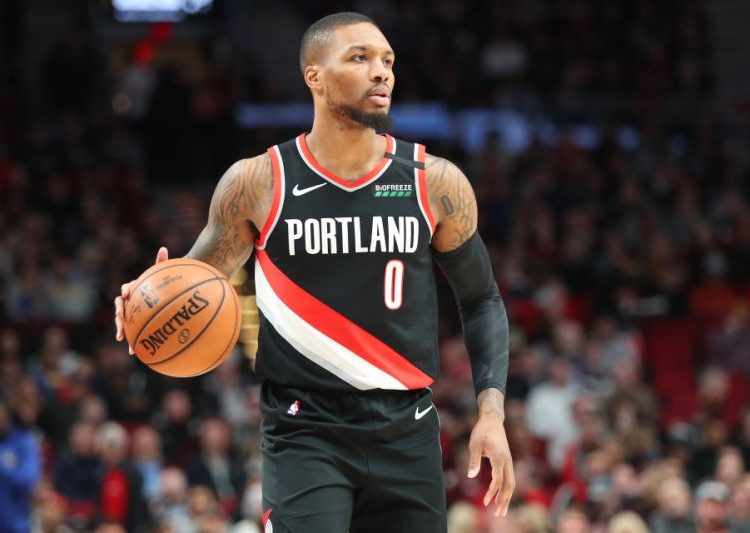 The Portland Trail Blazers moved into eighth place in the Western Conference standings on Tuesday with a 134-131 win over the seventh-place Dallas Mavericks.

Lillard scored 61 points on 17-of-32 shooting in a herculean effort to keep his team alive. If the Blazers had lost, they would not have been eliminated from the postseason, but they would have needed every team in front of them to lose their final “seeding” game in the bubble in order to make the playoffs. Instead, the Blazers now control their own destiny with one game left to play before a play-in tournament to decide the eighth seed for the Western Conference.

After the game, Lillard told Yahoo’s Chris Haynes that he did not make the trip to the Disney bubble to go home early.

“There ain’t nothing I want more,” Lillard said of willing his team to the victory. “I told you when I first came here, I said I ain’t here to waste my time … Job still ain’t done, but you know what I’m here for. We’re trying to get in [to the playoffs]. Our work ain’t done yet. But we’re fighting for it.”

Lillard was referring back to a May interview with Haynes when he said he didn’t want to go to the Disney bubble unless the Blazers had a chance to compete for the playoffs.

Lillard has 112 total points over the last two games — essentially must-win games for the Blazers. In the bubble, he is averaging 32.8 points per game.

Over the final 7 minutes, 55 seconds on Tuesday, Lillard had 22 points and 3 assists. He had a hand in all but one Blazers basket during that time frame.

His final basket was a 33-foot jump shot that bounced high off the rim before dropping, an improbable basket that gave him 61 points.

The Blazers need to beat the Brooklyn Nets, who are locked into the seventh seed and may be resting their best players, on Thursday to keep the eighth seed. They will play the ninth seed in a play-in tournament after that.