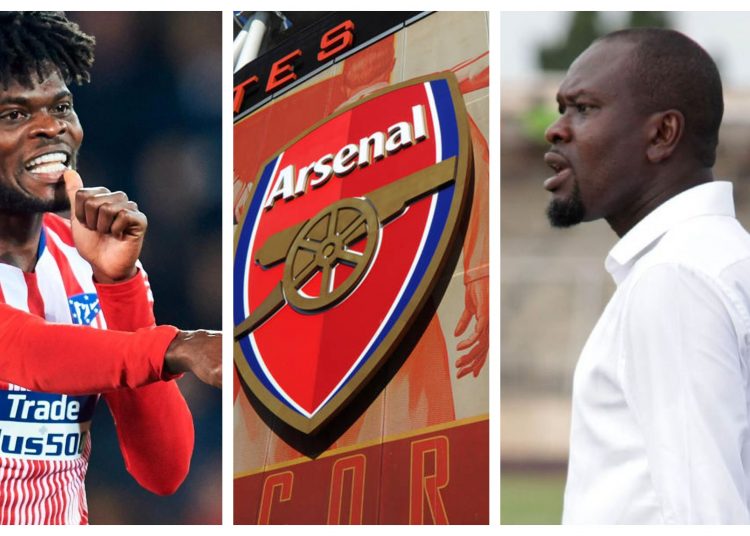 Speaking on Starr FM on Wednesday night, Akonnor suggested that staying at Atletico Madrid might be the best thing for Partey, as he would be guaranteed Champions League football, unlike at Arsenal.

“I’m sure money issues will come in, but I hope that whatever he asks for, Atletico will be able to pay.”

Akonnor, who knew that his comments would not go down well with Gunners fans, remarking: “Arsenal fans will kill me.”

And that has indeed proven to be the case.

Arsenal have been pursuing a deal for the Ghanaian midfielder since January.

The English club are reluctant to pay Partey’s €50m release clause and recently had an offer of £23m plus Matteo Guendouzi rejected by Atletico.

Fans of the North London club predictably took to social media to take on the Black Stars gaffer after he made those comments, asking why the Black Stars were chasing Gunners youngster Eddie Nketiah to represent Ghana, if Akonnor didn’t think Arsenal was good enough.

Some went further to accuse C.K Akonnor, who once captained German Bundesliga side, Wolfsburg and the Black Stars, of jealousy.

Others, however, commended the coach for his forthrightness on the matter.

Take a look at some of the reactions below:

Whiles at it, tell the Ayew brothers to leave their clubs.

These Ghanaians ex players think they know more than anybody ehhh. I haven’t seen this level of ignorance before. Aren’t players bought to improve a team? In your mind if he goes to Arsenal he’ll cease to be a good player? He knows Arteta is a good coach…

And he would go begging Ghanaian players in Europe to come play for us…what’s his assurance Ghana will also play afcon or worldcup serf?

CK Akonnor must be a Chelsea fan