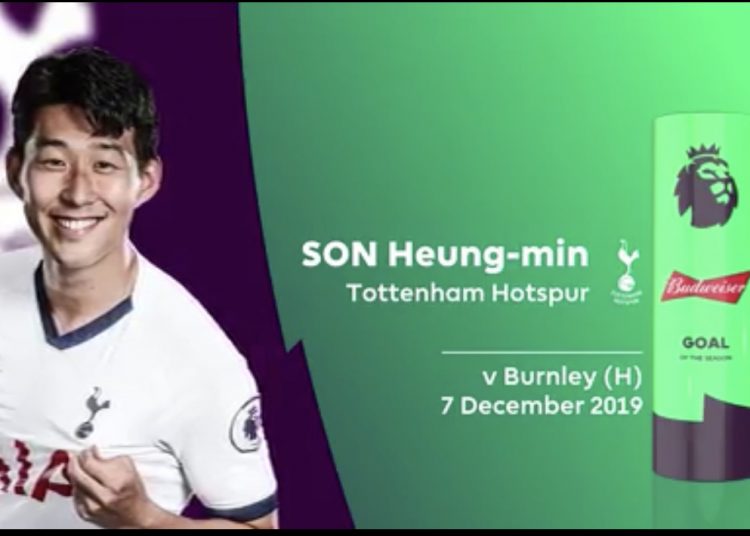 Tottenham Hotpur forward Son Heung-Min has won the Premier League goal of the season award for his incredible strike against Burnley in December.

The Korean, picked the ball up on the edge of his own penalty area, dribbled past almost the entire Burnley team, skipping two challenges before slotting beyond Nick Pope.

Son dribbled an incredible 71.4 metres in only 11 seconds, the second-longest distance travelled by a player to score a goal in a Premier League match, behind Andros Townsend for Crystal Palace in 2016/17.

Son beat off competition from the likes of Bruno Fernandes, Harvey Barnes and Kevin De Bruyne.

"This is sensational! World class." @SpursOfficial forward Son Heung-min wins the @premierleague Goal of the Season award for his stunning solo goal against Burnley.#BeAKing pic.twitter.com/mRuWFLqAzj