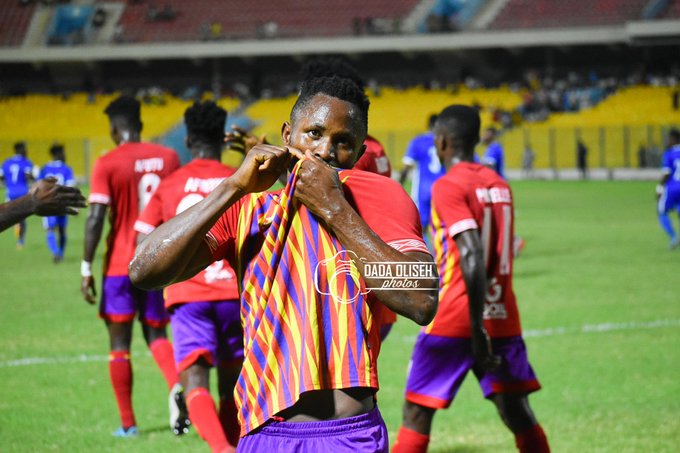 Striker Joseph Esso has been handed his released letter after contract talks between the player and Ghana Premier League side Accra Hearts of Oak collapsed, effectively ending any hope of Esso re-signing for the club.

Esso, 24, was released by the club along with four other players after both parties failed to reach an extension to his three-year contract signed in 2017.

The former Ebusua Dwarfs striker wanted a one year contract extension but Hearts of Oak would only agree to a two year deal.

But Hearts of Oak held on to Esso’s release letter on the request of the club’s supporters’ union, who tried to talk the player out of leaving the club.

Reports emerged last week that the fans had succeeded in getting Esso to soften his stand, and was now willing to take the two year deal being offered by the club.

But the club and the player have failed yet again to find an agreement and Esso will be finally allowed to leave the club.

In a recent interview, the Hearts of Oak Managing Director, Frederick Moore accused Esso of peddling lies to the media regarding how negotiations fell through.

“I don’t want to talk about individual players but people are writing things that are not true. I hope and pray they didn’t get the facts from Joseph Esso, if so then it means they lied”, he told Happy FM.

“It will be unprofessional of me to reveal the facts. The negotiations started not long after the Normalisation Special Competition. After my conversation with the player and his guardian, the coach and the Board members also spoke to him. The player knows the truth and the people around him should speak to him”.

He added that Hearts of Oak had to announce his exit because talks between both sides had been unsuccessful.

“Hearts of Oak had to announce his exit because contract extension talks had broken down”.

Barcelona must change their name if Messi leaves – Eto’o