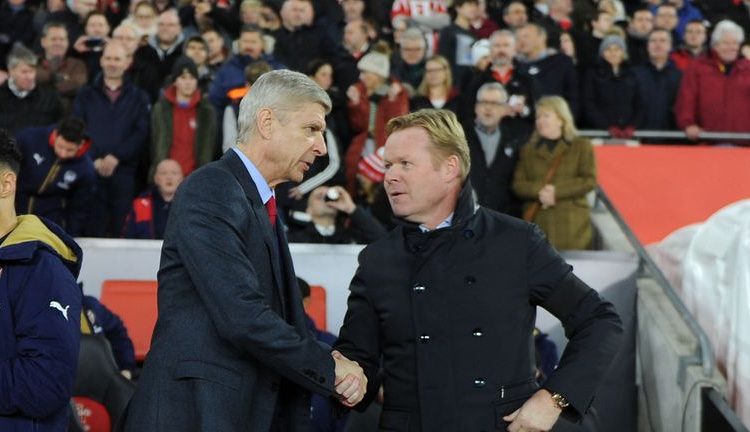 FOX Sports presenter Jan Joost van Gangelen came out with an extraordinary rumour on Monday night. Arsene Wenger has reportedly put himself forward as a candidate to be the new Netherlands head coach.

Barcelona are set to confirm Ronald Koeman as their new head coach, leaving the KNVB in need of a new national team boss.

The vacancy was discussed on Fox Sports before their coverage of the Europa League semi-final between Internazionale and Shakhtar Donetsk.

Jan Joost van Gangele revealed, “It seems that Arsène Wenger has offered himself to the KNVB.”

Analyst Arnold Bruggink responded, I think that would be really cool,”

The 70-year-old Frenchman is currently working with FIFA and as an analyst on TV. He was head coach of Arsenal for 22 years before leaving in 2018.

Frank de Boer, Peter Bosz, Mark van Bommel and Henk ten Cate are some of the other names being linked with the position.