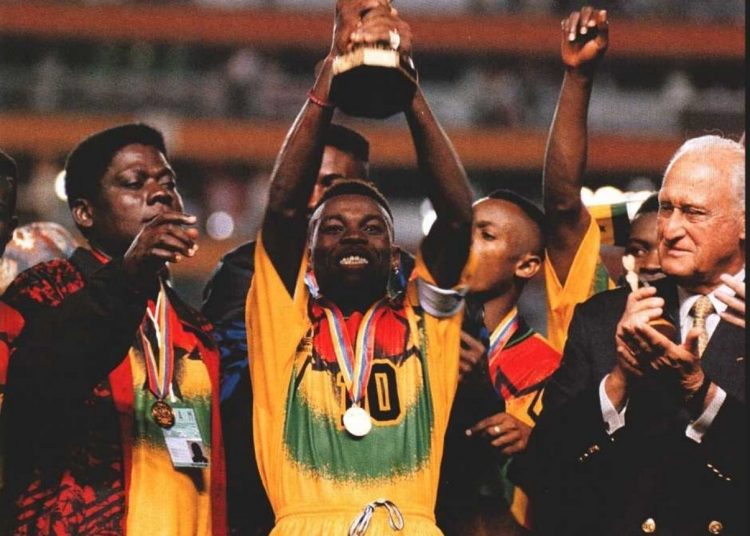 It was a triumph that brought joy to the country, having become the first nation to win the title twice, first doing so in 1991.

Quite simply, this team was the epitome of Ghana’s “Agoro” brand of football and more. It had players with the skill and flamboyance to execute it. Cue in Awudu Issaka, the nimble-footed magician nicknamed the “Disco Dancer”.

Young Stephen Appiah, although not a regular starter, still left his mark.

Here is Ghana’s road to the final victory. 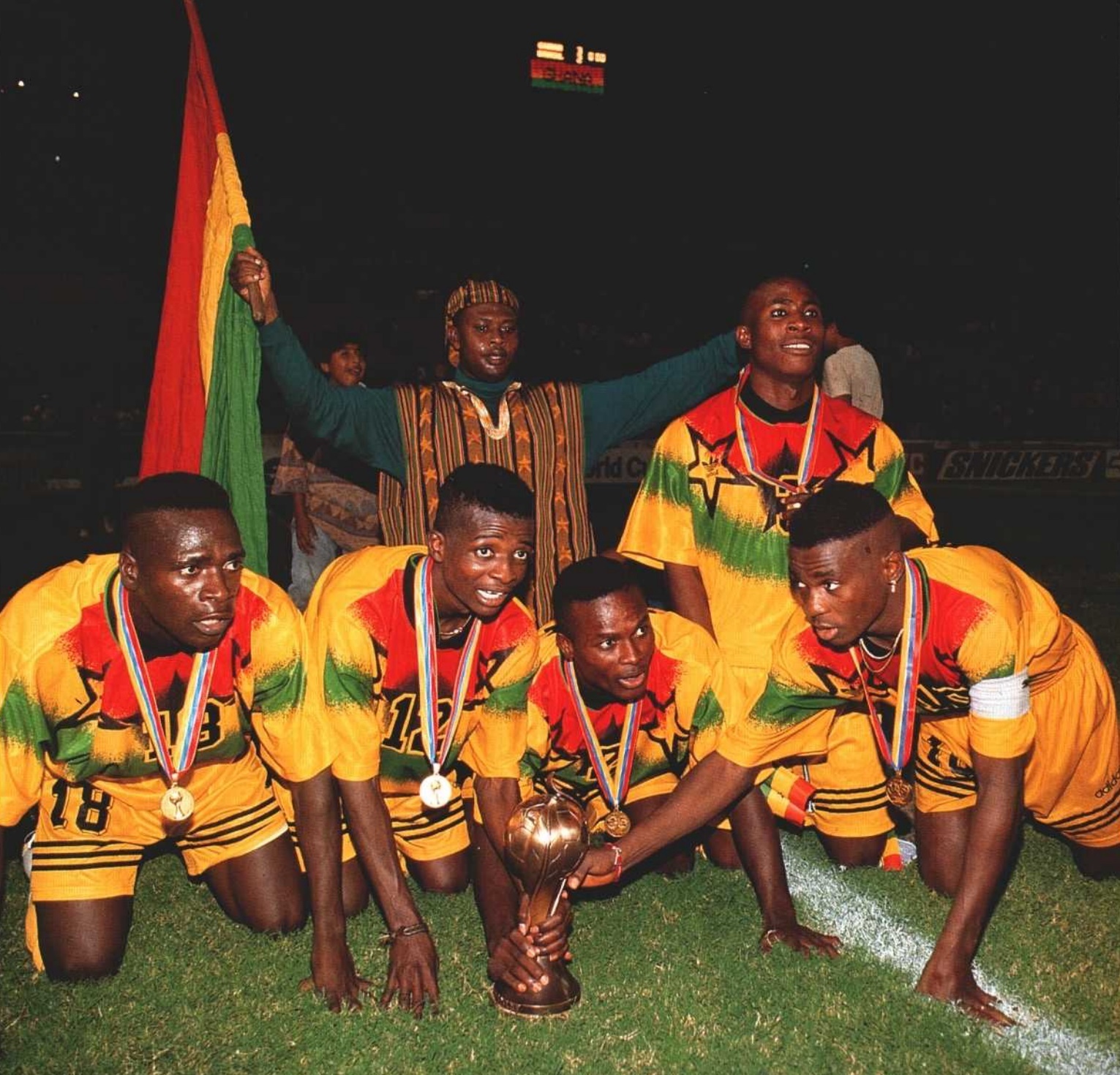 Ghana were housed in Group A along with the host Ecuador, Japan and the United States.

The Black Starlets finished with maximum 9 points, beating everyone in their group.

The starlets opened their campaign with a narrow 1-0 win against Asian opponents Japan.

It was a difficult game where victory almost eluded Sam Ardey’s boys. After the first half ended 0-0, Kamara Dini popped up with the winner 20 minutes from time to give the Starlets a winning start to the campaign.

With the confidence from the opening day win, Ghana came up against host nation Ecuador who were high off the morale from their 2-0 win against the USA.

Cheered on by the vociferous 18,000 strong crowd inside the Estadio Olímpico Atahualpa in Quito, the Ecuadorians were favorites for the win.

When Angulo pulled level before the break, Ghanaians had their hearts in their mouth.

Just over the hour mark, Bashiru Gambo scored the winner to give Ghana 6 points and through to the next round.

By the time Ghana faced the USA, they had already qualified to the next round but they made sure there were no doubts about the qualities whatsoever as they secured an emphatic 2-0 win against the Americans to finish top of the group with 9 points, 5 goals scored and just 1 conceded. 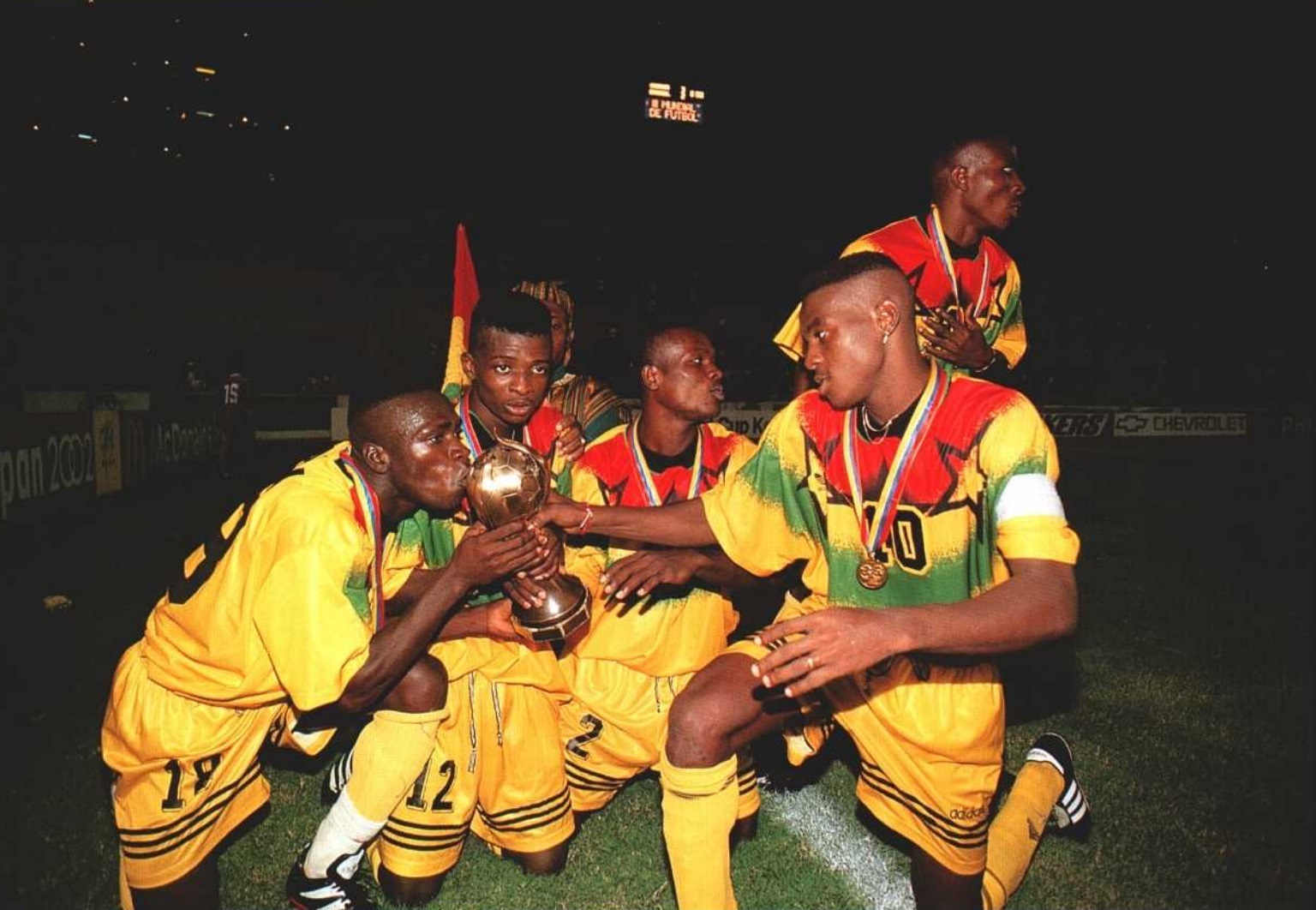 The Black Starlets came up against Portugal in the quarter finals. The Portuguese had finished second in Group B with just the one win and Ghana were expected to beat them.

The result was never in doubt. Captain Emmanuel Bentil set the Starlets on their way with a 12th minute opener before Atakorah Amaniampong added the second three minutes from time to secure the win.

The Black Starlets came up against tournament surprise package Oman. The Asian nation had defied the odds by eliminating defending Champions Nigeria in the quarter finals with a 2-1 victory.

Ghana could not afford to be complacent.

Joseph Ansah, Kamara Dini and Abu Iddrisu all found the back of the net in what was the team’s best performance of the tournament in a thumping 3-1 win to book a place in the final against almighty Brazil. 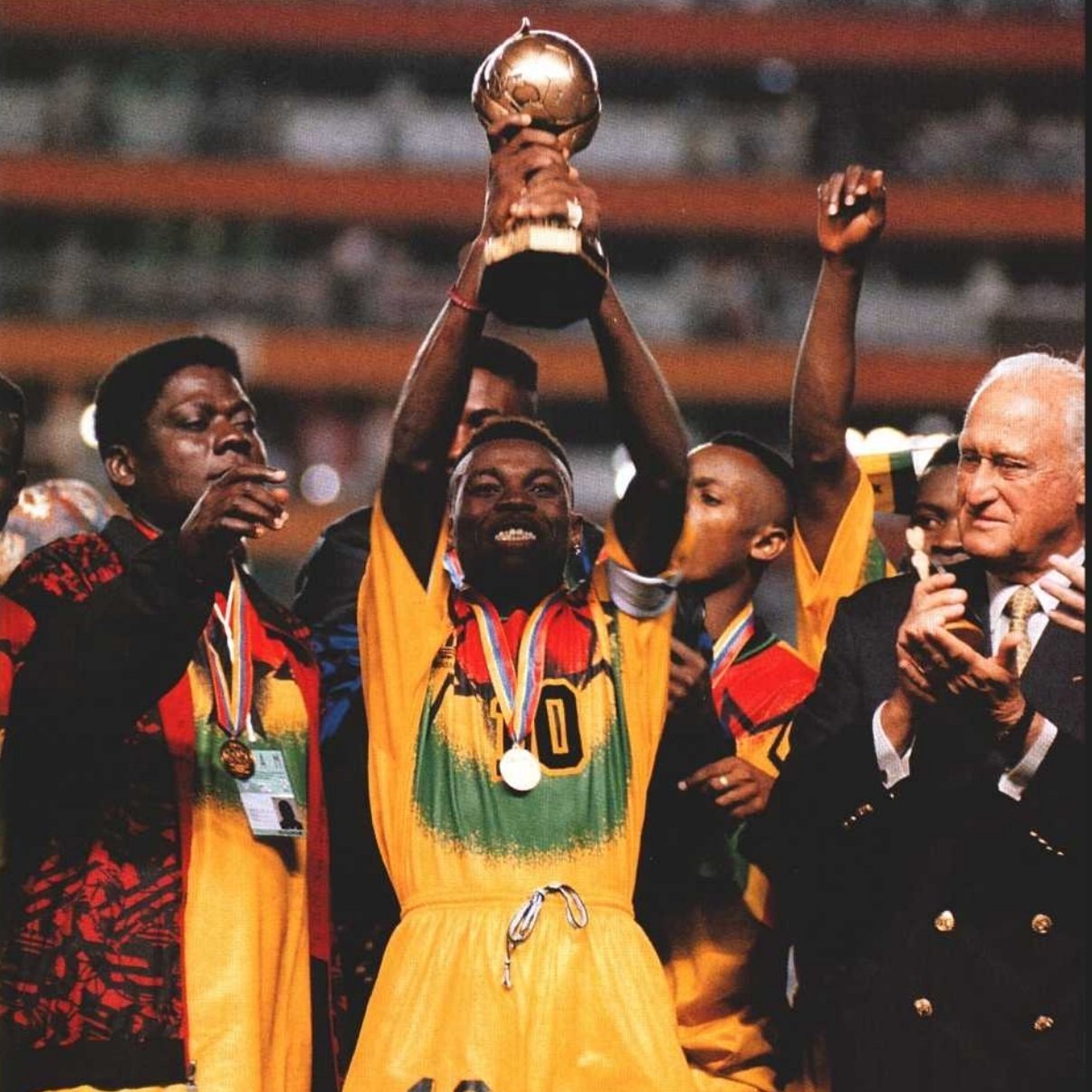 The ‘Brazilians of Africa’ against the real Brazilians. The final at the Estadio Monumental, Guayaquil, was scintillating indeed.

It a strange game somewhat, in that despite the match producing 5 goals, four of them came within a 10 minute spell.

Ghana took the lead through Baba Sule in the 39th minute. Abu Iddrisu made it 2-0 on the stroke of half time.

Back from recess, it only took Brazil 2 minutes to pull one back through Juan in the 47th minute. Then Emmanuel Bentil restored Ghana’s 2-0 cushion  2 minutes later in the 49th minute when he made it 3-1.

From the 39th minute to the 49 minute, four goals had been scored.

Marco Antonio scored in the 90th minute to give Brazil hope of a come back but it was too little too late as Ghana held on for victory.