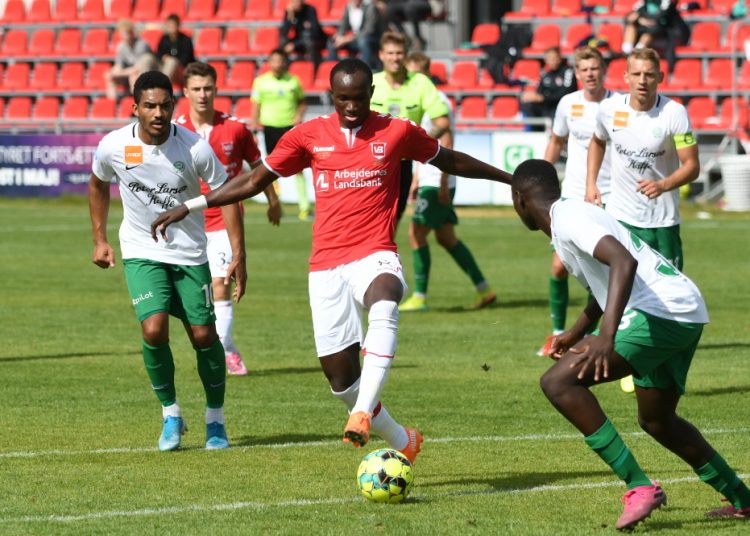 Ghana Striker, Raphael Dwamena made an impressive debut for his new club, Vejle Boldklub after scoring a goal in their pre-season friendly loss to Viborg FF on Saturday.

The 24-year-old moved to the Danish side in a three-year deal last week after terminating his contract with Spanish club Levante.

Sebastian Gronning opened the scoring for Viborg FF in the 15th minute but that lead did not last long as Jacob Schoop leveled just three minutes later.

A brace from Tobias Bech and a lone strike from Thomas Sondergaard put Viborg 4-1 ahead before the the first half.

Dwamena found the back of the net in the 66th minute to bring the score to 2-4 before Saeid Ezzatohalli made it 3-4 two minutes later.

The Ghana International is seeking to relaunch his career at the newly-promoted Danish Super League side following the end of his ill-stricken loan spell at Real Zaragoza.

Dwamena made 9 appearances for Zaragoza and scored two goals before he was diagnosed with a pulmonary condition which ended his campaign prematurely.