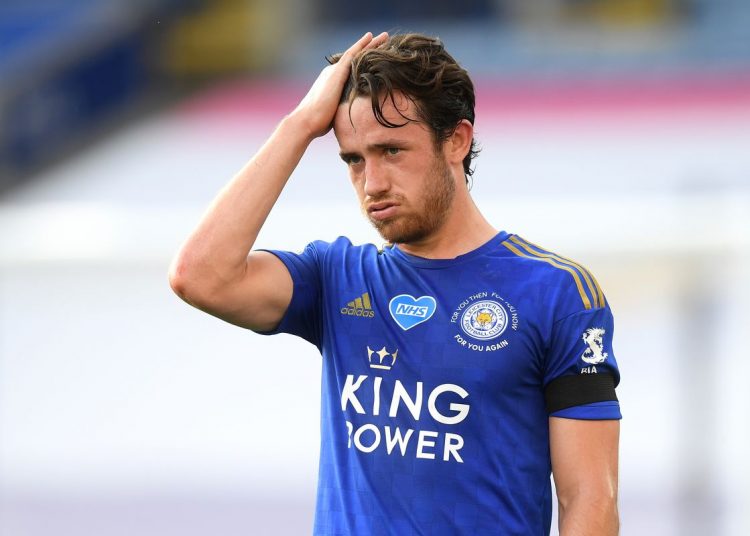 The crocked Leicester left-back visits a consultant for latest news on a heel injury which could see him miss the start of the new season.

Chilwell is a major target for Chelsea but fitness issues threaten to overshadow the proposed deal between the Premier League rivals.

And a source said: “If Ben gets news he is going to be out for another six weeks, not three, then Chelsea could well take a totally different view on this whole matter.”

Chilwell, 23, sat out the last five games of Leicester’s season while his team missed out on Champions League qualification by finishing fifth.

Blues boss Frank Lampard is keen on a deal and the England star is his first-choice left-back, but there is still some way to go before a deal can be struck.

And shifting current left-back Emerson Palmieri out of Stamford Bridge to make way for Chilwell has also hit a sticky patch.

The Italian, 26, was keen on a move to join up with Antonio Conte at Inter Milan.

But Chelsea’s former boss faces the sack and the club’s transfer policy is on hold as a result.

Brazilian Palmieri is the man most likely to leave as Marcos Alonso is keen to stay in London and challenge Chilwell for his place in the first team.

Chelsea are also holding internal discussions about where to target spending during this short pre- season break.

If Ben gets news he is going to be out for another six weeks, not three, then Chelsea could well take a totally different view on this whole matter.

A Source On Chilwell’s Move To Chelsea

SunSport revealed exclusively how they are also looking at left-back Nicolas Tagliafico, who is available from Ajax for around £25m.

Real Madrid’s Sergio Reguilon is another on the list as Lampard looks to strengthen defensively during the current transfer window — which runs until October.

Chelsea are being kept updated on Chilwell’s recovery from injury, but any medium to long-term lay-off poses a major threat to him moving.

The source added: “If he is out for another six weeks, then that’s three weeks into the new season having not had any pre-season training whatsoever.

“Chelsea are talking all the time about where best money should be spent this summer and there are several people with clout at this club.

“Much depends on who makes the final say on some of the transfers.”