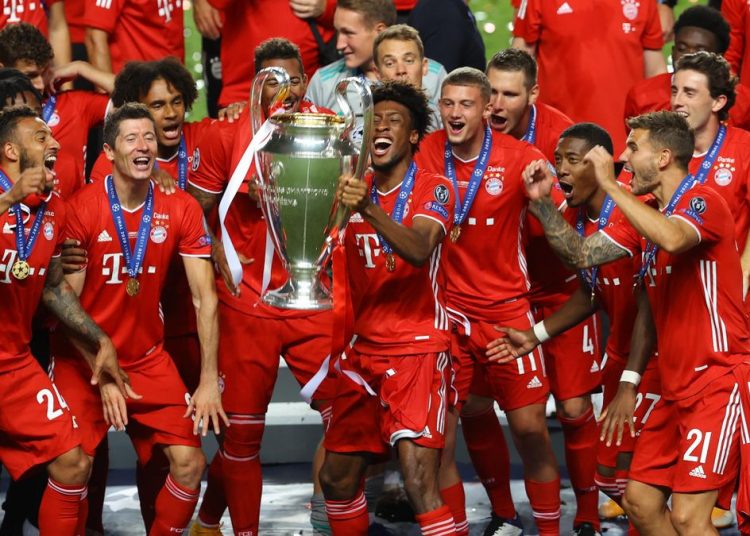 Ex-PSG winger, Kingsley Coman came back to haunt the French-based side after heading a cross from Joshua Kimmich.

It was a beautiful night for Hansi Flick’s men who added the UCL trophy to their clean sweep of domestic trophies for the 2019/2020 season – winning the DFB-Pokal, Bundesliga and Champions League.

PSG on the hand had a night to forget as they failed to capitalize on several opportunities. Manuel Neuer repelling the attacks of Les Parisien several times.

Bayern’s win meant they are the first team to claim the trophy by winning every single game in a single campaign.