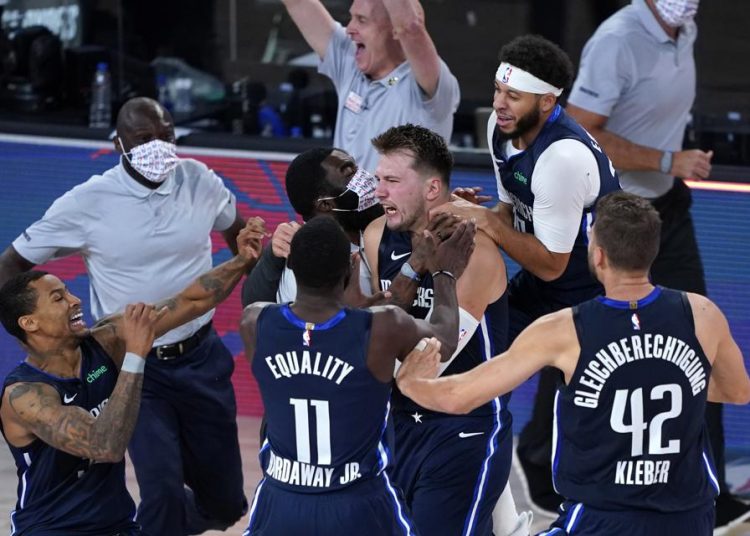 Doncic finished the night with 43 points,17 rebounds and 13 assists including the buzzer beater that echoed around the world.

His NBA colleagues were in awe of the display put up by the young Slovenian and took to social media to show their admiration for his prowess.

The shot heard around the 🌎 today. #dALLasIN #MFFL pic.twitter.com/fp54cs8lu3

His own teammates mobbed him and gave him a water bath in the locker room after the game.

Game 5 tips off on August 25th Inside the bubble in Orlando.