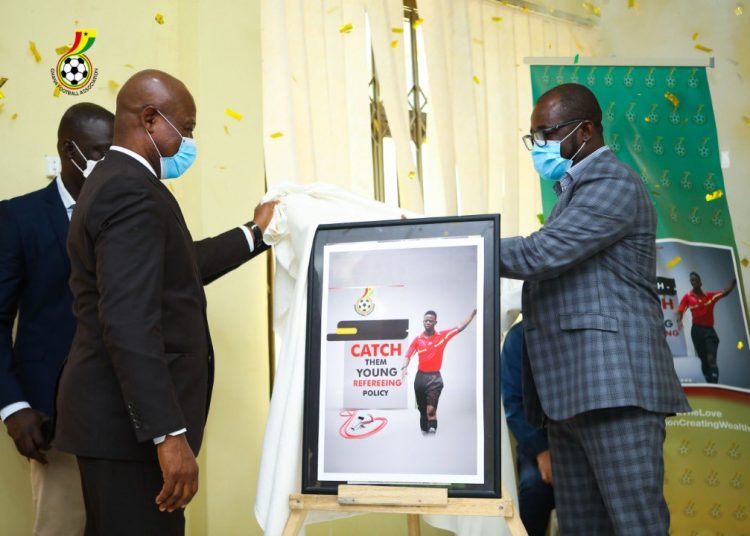 The Ghana Football Association has launched a “Catch Them Young Refereeing Initiative aimed at recruiting referees at a young age.

The initiative, which the GFA president announced at his manifesto launch, is expected to mould referees with integrity to ensure they uphold the laws of the game and is opened to young boys and girls who fall within the age range of 13 to 16.

Kurt Okraku is President of the GFA and he believes the initiative will help put Ghanaian referees on the map.

“If you want good referees, boys and girls, it is always important for you to start that story very early.

“We want a situation where we would aggressively comb the roots of Ghana, find young boys and girls with the right level of passion and bring them into the Football Association at the Regional level and add value by way of training to these kids, he said.

“Add the right moral levels to these kids, let them understand what it means to be a person of great integrity, so that when they grow, they will not depart from these core values of life.

“And we believe that, if we are successful with this strategy, Ghanaian refereeing will come back unto the World stage again and perhaps dominate,” he concluded.

The move is a part of the GFA’s approach in dealing with corrupt practices among local referees in the country which was captured by investigative journalist, Anas Aremeyaw Anas in his number 12 expose.