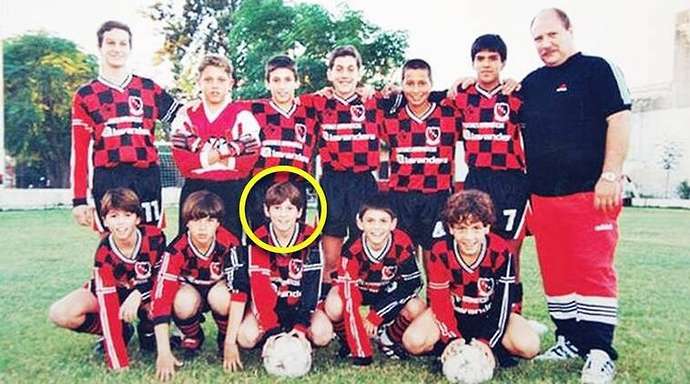 Lionel Messi has been a prolific goal scorer all his life with latest findings showing he has staggering figures during his days in the Argentine team, Newell’s Old Boys.

His style of play has not changed. He still dribbles past opponents with ease and for fun and puts the icing on the cake by scoring goals.

The Argentine magician was picked up by Newell’s Old Boys in 1994 at the age of six and remained in the club until 2000 where he moved to Barcelona and joined the famous La Masia – his first contract with the club actually being written out on a napkin.

Years down the line, Miguel Martinez, a former press officer for the Rosario Football Association has uncovered the outrageous statistics of Lionel Messi.

Accessing a lot of documents, Martinez discovered that the Barcelona skipper scored an overwhelming 234 goals in 176 games from 1994 to 1999.

Lionel Messi over the years has remained a phenomenon and is arguably the best footballer the world has ever seen – creating magic for club and country.

He has won over 30 major trophies for Barcelona an Argentina.

The 33-year-old has staggering figures in terms of scoring goals, poaching over 634 goals for Barcelona and 70 more for Argentina in 138 games.

Messi is as glorious in these times as he was growing up as a footballer in Newell’s Old Boys and now there are figures to show for it.

The data compiled by Miguel Martinez shows a breakdown of the goals scored by Leo Messi per season before his big move to La Masia.

A former Newell’s employee searched up Lionel Messi’s goals for Newell’s. He scored 234 goals in 176 games between the age of 6 and 12, this per the report. https://t.co/eQMPwO4vi7

ALL YOUR GOALS SEASON BY SEASON

1997: That year he played 36 games and scored 40 goals. The only team that they faced twice and did not score a goal was Central A.

1998: He played 25 games and scored 27 goals, his lowest mark in a season. On several dates, he did not appear on the payroll, although the reasons for his absence are unknown.

1999: His last year at Newell’s and by far his best. He nailed the incredible mark of 55 goals in 29 games. This campaign Leprosy finished undefeated, with 26 wins and 3 draws.