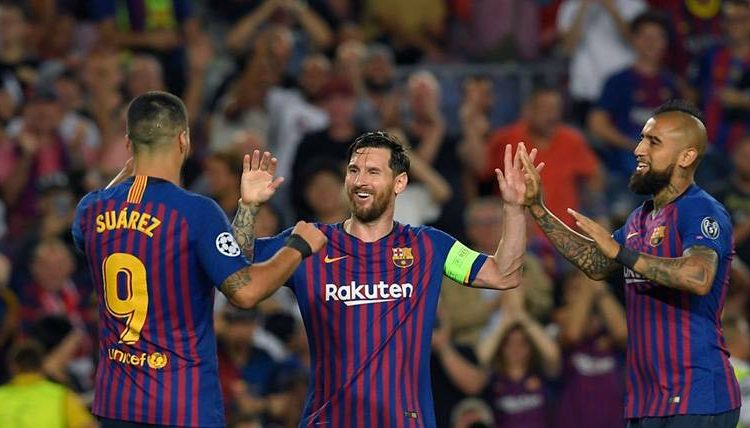 Lionel Messi’s Barcelona team-mates Luis Suarez and Arturo Vidal are the only players pushing for the forward to stay at the Nou Camp.

Barcelona consider Messi to be on strike and have fined him for failing to report for training on Monday and Tuesday, while the Argentine no longer considers himself a part of Ronald Koeman’s squad.

There has been a deafening silence from most of Koeman’s playing staff regarding Messi’s situation, with the exception of Suarez – whose future at the club remains unclear – and Arturo Vidal, who is in a similar position.

The rest of the Barcelona squad, including those in Messi’s inner circle such as Sergio Busquets and Gerard Pique, have so far kept quiet.

Messi’s father and representative Jorge is expected to meet with the Barcelona hierarchy, including president Josep Maria Bartomeu, on Wednesday to discuss his son’s future.

Messi, who has played for the club for almost 20 years, informed the club last week he wants to leave.

La Liga seems to have dashed his hopes of leaving Barcelona on a free transfer by stating his release clause will have to be paid if he is to leave the Nou Camp.