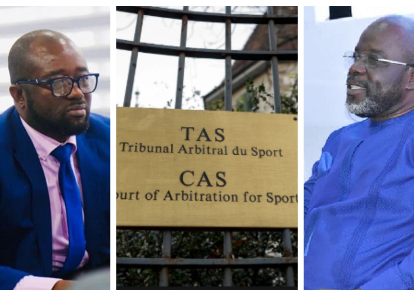 The Court of Arbitration for Sport will on Tuesday 4th August 2020 release its ruling on the case between Tema Youth President Wilfred Osei Kwaku Palmer and the Ghana Football Association.

Palmer is at the Swiss court challenging his disqualification from contesting the GFA presidential elections in October 2019, which Kurt Okraku won.

Palmer wants the GFA elections annulled and his candidacy reinstated for fresh elections to be held.

Ahead of the ruling, here is what you need to know about the case:

Palmer’s lawyers argued that the two grounds for his disqualification were both flawed and further stated their misgivings about the potential for conflict of interest and bias from some members of the Vetting Committee.

What is Palmer asking CAS to do?