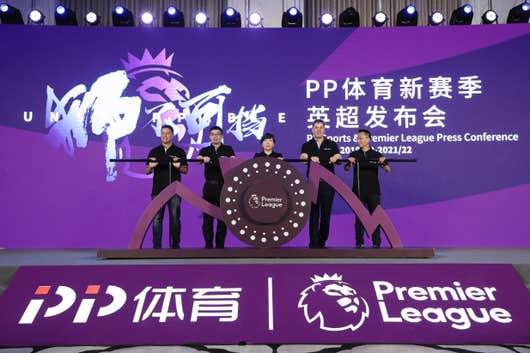 The Premier League has terminated its TV deal with Chinese broadcaster PPTV.

PPTV had held the rights to broadcast the Premier League in the Asian country since the deal was signed in 2016.

The deal came into effect last season and was expected to last for two more years.

Media reports had indicated that Suning Holdings, who own PPTV, were locked in a legal battle with the Premier League after the company had withheld a payment of £160mill, which was due the league.

The Atletic reported earlier that the CEO of Shanghai-based sports agency, Mailman Group, Andrew Collins had revealed the decision by the Premier League in a tweet which has since been deleted.

The Premier League confirms that it has today terminated its agreements for #PL coverage in China with its licensee in that territory.

The #PL will not be commenting further on the matter at this stage. pic.twitter.com/2TuwZeM9m4

The League confirmed the termination of the deal in a brief tweet on Thursday.

“The Premier League confirms that it has today terminated its agreements for PL coverage in China with its licensee in that territory. The PL will not be commenting further on the matter at this stage.”

The deal with Suning Holdings, worth about £565m ($700m) according to Reuters, was believed to be the Premier League’s biggest overseas TV contract.

China is a massive market for the English top-flight and the Premier League will definitely look to find new broadcast partners before the start of the new campaign on September 12.

In 2014, a survey by Repucom revealed that 170 million people watched the Premier League in China, with Chinese state media also reporting last year that 350 million people tuned in to games from the United Kingdom