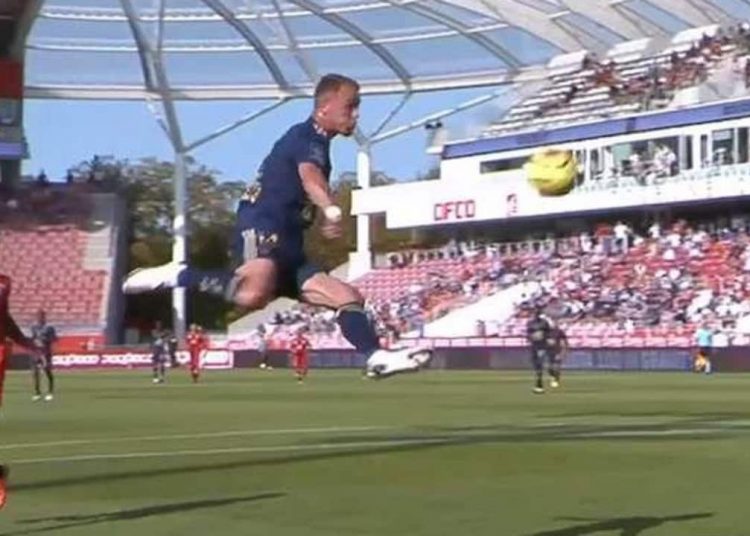 Brest’s Irvin Cardona produced the best goal of the weekend with an outrageous finish to help Brest beat Dijon in the French Ligue 1.

There are some goals that just challenge the theory by Isaac Newton with regard to gravity and Cardona just proved that.

The 23-year-old scored his second goal of the night in the dying embers of the game as Brest claimed their first win of the new French top-flight campaign – a goal worthy of ending every match.

A deep from the left flank by Romain Perraud seemed to be going out but the Frenchman levitated into, re-adjusted himself to power home an exquisite acrobatic volley.

You will need to watch the highlights of the goal to fully catch a glimpse of this majestic goal which could easily be considered better than Bale’s sublime against Liverpool, Ronaldo for Real Madrid to sink Juventus, or Rooney’s that destroyed Manchester City.

What makes the goal incredible is how he leaps in the air, stayed in there for some seconds, connecting with his right foot the ball, and then returned to the ground to celebrate the master class.

He will definitely be telling his children and grandkids about this one for the rest of his life.

Brest had not won a single game in the new French Ligue 1 but with this goal, and win, they certainly will be in high spirits to claim many other wins to help stay in the top-flight in France.