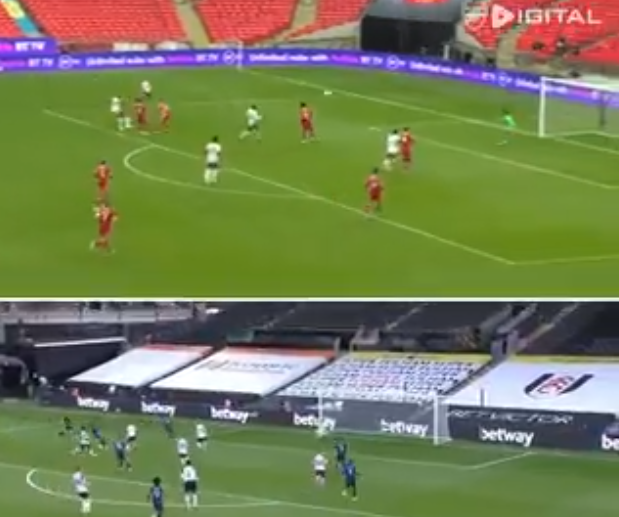 It was not only the goal that are identical but the whole build-up play as well.

This is the fruit of Mikel Arteta’s labour during the training sessions and can be seen in the individual development of his players, the newfound solidity of his defenders, and above all, the repetitive nature of the goals they are scoring.

Against Liverpool in the Community Shield, a through-pass was lofted to Aubameyang by Bukayo Saka and the striker did the rest by finessing it past the goalkeeper.

Two weeks later, the 31-year-old does the same thing; in fact, the whole build was the same.

A steady buildup from the back, then a pass on the right flank to any of the wingers. A through-pass then is lofted to Aubameyang who completes the move with a beautiful curler.

Arsenal beat Fulham 3-0  at Craven Cottage in the opening game of the 2020/2021 Premier League season to hand themselves a good start.