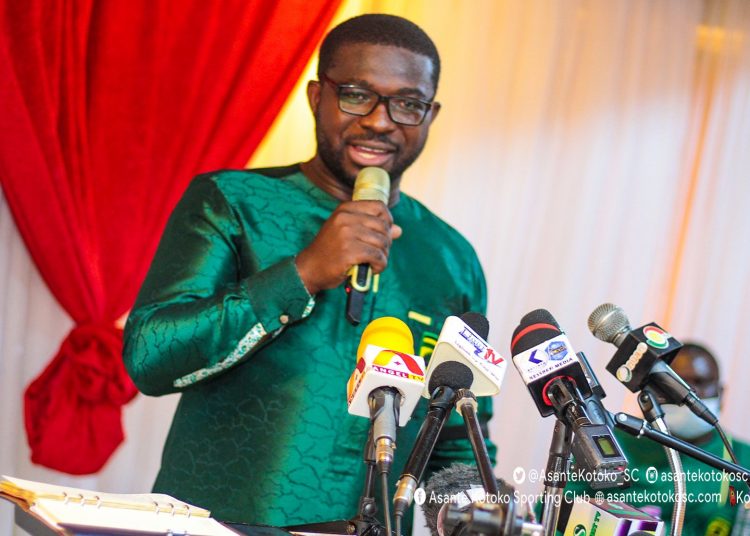 The Chief Executive Officer of Kumasi Asante Kotoko, Nana Yaw Amponsah has revealed that the club is set to sign a partnership with an English Premier League club.

Amponsah who made these comments during the unveiling of the club’s new management team, indicated that the deal is 90 percent complete and will soon be announced.

“We are 90 per cent through signing a partnership deal with an English Premiership side. We want to pluck our club in them so we can have the replica, if not the same, of everything they have here.” He said.

He also mentioned that he has been able to seal 4 new sponsorships for the club since his appointment two months ago.

“Kotoko have secured 4 huge sponsorships in just under two months of my tenure at Kotoko. There are many sponsors around who wants to join, but the club must give them mileage, so I urge the fans to help us offer these companies three times more than what they give the club.”

Nana Yaw Amponsah was appointed as Kotoko’s new CEO in August to manage the affairs of the club on a three-year mandate after the new Board of Directors dissolved the George Amoako-led administration.