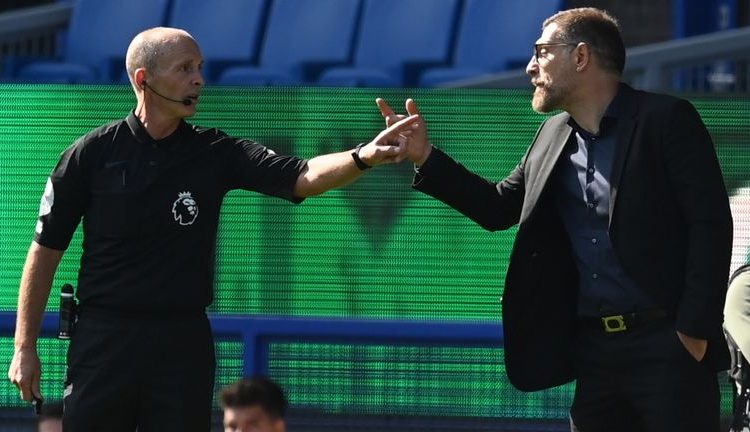 West Brom head coach Slaven Bilic has been fined £8,000 after admitting to an FA charge of improper conduct.

Bilic came onto the pitch at half-time in Albion’s 5-2 Premier League defeat to Everton on Saturday and was shown a red card by referee Mike Dean for his protests.

An FA spokesperson said: “Slaven Bilic has been fined £8,000 after admitting a charge for a breach of FA Rule E3 and accepting the standard penalty.

“The West Bromwich Albion FC manager’s behavior on the field of play at half time of the Premier League fixture against Everton FC on 19 September 2020 amounted to improper conduct.”

Bilic came onto the pitch following the first-half dismissal of West Brom defender Kieran Gibbs for pushing Everton’s James Rodriguez in the face.

Bilic said of the incident that led to his own red card: “As a manager I should be in a situation to ask the referee what’s going on.

“I didn’t swear. I asked him in a frustrated way but I didn’t go over the line but he just ignored me and gave me red. I told him if you want to kill us, kill us. That’s all.”

Bilic was fined £2,000 in August 2019 after being sent to the stands during a Championship match against Derby.

In February 2017 he was fined £8,000 after admitting an FA misconduct charge during his time at West Ham. He was sent off for protesting about a goal scored by West Brom, throwing a television mic to the ground in frustration.

West Brom welcome Chelsea to The Hawthorns on Saturday in the Premier League.