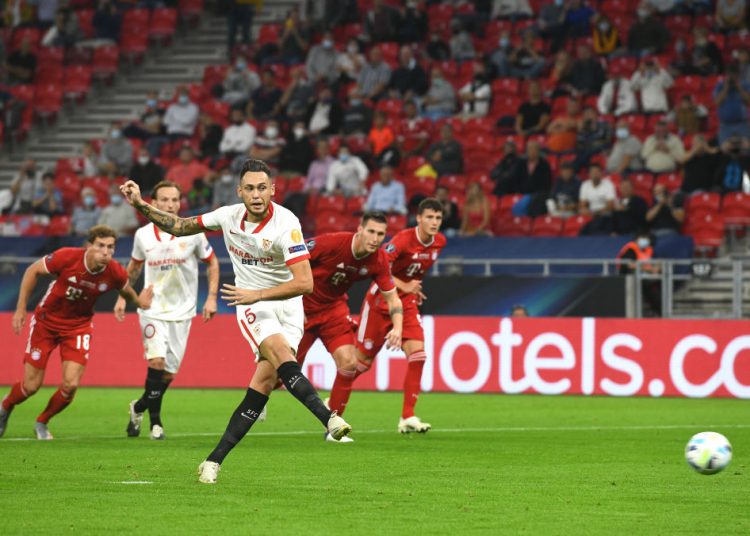 The Argentine international dispatched a nerveless strike from 12-yards to beat Manuel Neuer who arguably the best goalkeeper in the world.

His penalty kick was ice-cold, worthy of giving his side a deserved lead but eventually succumbed to the supremacy of Hansi Flick’s Bayern Munich.

The Champions League winners proved too strong for the Europa League record-holders as Leon Goretzka levelled the game on the 34th minute before Javi Martinez headed home the ball in extra-time to clinch the title for last season’s treble winners.

Kudus promises to fully express himself at Ajax